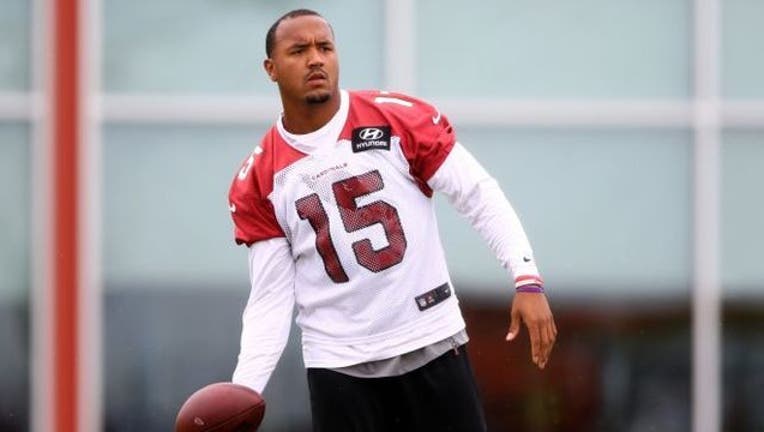 MINNEAPOLIS (KMSP) - Michael Floyd has agreed to sign with the Minnesota Vikings. Floyd was a standout wide receiver at Cretin Derham Hall in St. Paul, then played college football at Notre Dame.

“Happy as ever!!! Can't wait to get to work #SkolVikes,” Floyd posted on Twitter.

Floyd was released by the Arizona Cardinals last season following a DUI arrest in which he was found passed out behind the wheel at a Scottsdale intersection. The incident was captured on police bodycam video. Floyd was charged with 7 counts, including extreme DUI and failure to obey a police officer. Tests showed his blood-alcohol level was more than twice the legal limit, at 0.217.

Floyd is currently on house arrest in Arizona as part of the sentence he received Feb. 17.

After his release from the Cardinals, Floyd was signed by the New England Patriots. Source from Patriots told Fox 9’ Dawn Mitchell that Floyd came to New England out of a bad situation and worked hard and gained respect. The Patriots apparently liked Floyd, but decided against signing him.

Floyd’s deal with the Vikings is for one year and $1.5 million, according to the Associated Press.