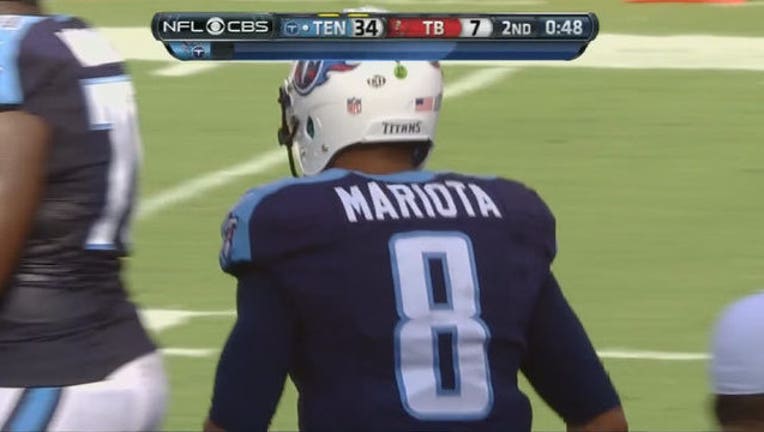 (KMSP) - In his NFL debut, Marcus Mariota did something we haven’t seen since Fran Tankenton made his own debut back in 1961. Tarkenton on that day threw for 4 touchdowns against the Chicago Bears, leading the Minnesota Vikings to an upset win.

Going up against rookie rival Jameis Winston in Sunday's opener, Mariota looked like a calm veteran, hitting Kendall Wright for a 52-yard touchdown less than 2 minutes into the game. Winston made some history of his own, having his first ever NFL pass intercepted and returned for a touchdown. The last quarterback with that unfortunate accomplishment? Brett Favre in 1991.

Meanwhile, Mariota threw 4 touchdown passes by halftime in a blowout win for the Tennessee Titans.