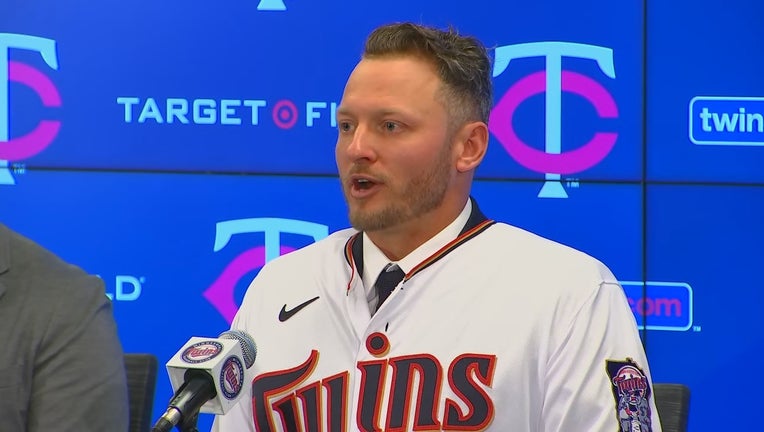 Garver, his wife and their dogs decided to drive from his native Albuquerque about two weeks ago and moved into a Twin Cities home. He was able to get some equipment from Target Field to maintain a consistent workout plan, and he’s meeting up with teammate Max Kepler to get in hitting and throwing sessions. They rely on each other to be accountable staying locked in, so they’re ready when the MLB makes the call to start the season.

Donaldson had been working out in Fort Myers, then moved with his girlfriend to Alabama. He prefers a warmer climate to be outside, get his work done and stay mentally and physically ready.

“What’s unique about this situation is there’s not a timetable. We’re all just kind of in limbo right now trying to do our best to stay ready with the things that we have available for us,” Donaldson said.

Reports emerged earlier this week that MLB is looking at a potential start sometime in May, having all 30 teams travel to Arizona. They would play games at Chase Field, the home of the Arizona Diamondbacks, Spring Training facilities and other ballparks in the area. Players would only be allowed to go from the hotels they’re sequestered at, straight to the ballpark and back to the hotel.

MLB would use an electronic strike zone to help keep the home plate umpire at a distance from the catcher and hitter. There would be no catcher or pitching coach mound visits, and players would be in the stands at least six feet apart, not in the dugout.

Garver said it’s feasible, but there are still plenty of questions and logistics to work around.

“I think on paper it looked like a really, really good deal and aside from the sickness/pandemic thing, it’s feasible,” Garver said. “Getting 30 teams into Arizona would work if we needed to, but the question is how well would that work together?”

The reality for MLB is if it’s serious about starting in May or early June, games will be played without fans. Baseball, like any other sport, just isn’t the same without fans in the seats enjoying food and a cold beverage.

The last time a game was played without fans was in Baltimore in 2016. The Orioles hosted the White Sox, and Oriole Park at Camden Yards was empty after riots following the death of Freddie Gray in an officer-involved shooting. While the circumstances are far different, Donaldson says they have to balance the desire to play in front of fans with the necessity of having a season.

“I think as a player who really enjoys fans, that’s part of the element that makes baseball what it is. If it is the case, it’s going to be tough to get past,” Donaldson said. It’s a little different when you understand the circumstances that are at hand right now and it might be necessary right now. It’s not something that we want and not something that we’re going to necessarily enjoy, but if it’s something we have to do then you have to pay that price.”

There are many scenarios in play if the MLB is to get started in the next month. They’re considering multiple doubleheaders per week, even seven inning games.

We don’t know when baseball will start, but there’s a good chance the season will be condensed. It means every team will have a sense of urgency. A fast start is imperative if they have intentions of defending their division title.

“You’re not going to have time to gain momentum quite like you do in a regular season. If it’s 80 or 100 games, it’s going to be a win fast mentality, you’re going to have to jump out early and stay on top,” Garver said.

For now, all Donaldson and Garver can do is what everybody is in sports is doing. Stay in shape, stay ready and wait for the call.