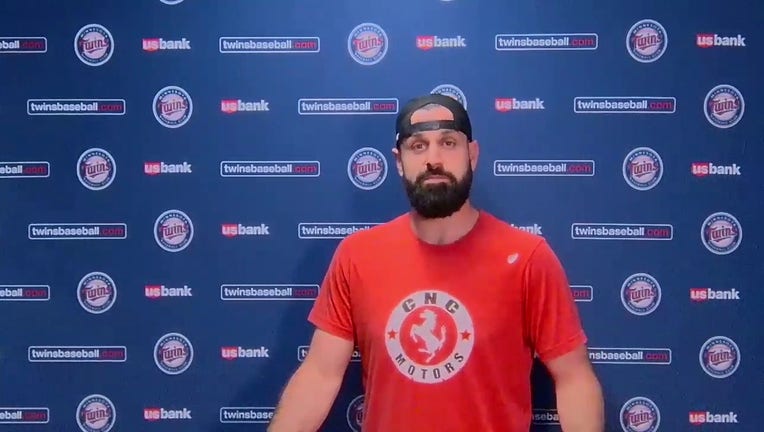 Matt Shoemaker spoke with reporters Monday from Spring Training in Florida about joining the Minnesota Twins as a starting pitcher.

MINNEAPOLIS - Matt Shoemaker is pretty much done talking about freak injuries. He would much rather talk about competing for division titles and making a World Series run, and he’ll get that opportunity with the Minnesota Twins in 2021.

Shoemaker, 34, signed a one-year deal in free agency to give depth to the back end of the Twins’ starting rotation. He’ll join Jose Berrios, Kenta Maeda, Michael Pineda and J.A. Happ when the season starts in early April.

Right now, he’s more known for his injury history. He’s had ailments the past five seasons to his left knee, right arm and elbow. His scariest and most dangerous injury came in 2016, after getting hit in the head with a 105 mile per hour line drive.

He’s healthy now, and ready to contribute to the Twins in 2021.

"We’ve had three of those freak things so we’re done. We’re good to go, we’re healthy and ready to go. Hopefully they never happen again," Shoemaker told reporters on Monday from Spring Training in Florida. "It is what it is, you can’t control those, you just move forward and get better. I feel great, I feel strong and just excited to get started."

What he can control is going out on the mound every five days and giving the Twins a chance to win. He spent his first six major league seasons with the Los Angeles Angels of Anaheim before spending the last two with the Toronto Blue Jays. He made just six starts last year in a 60-game season, finishing 0-1 with a 4.71 earned run average in 28 2/3 innings. He struck out 26 and walked nine.

The Michigan native should fit in well in Minnesota. He said he loves winter, colder temperatures and snow. But it was the Twins’ culture that sold him in offseason conversations with Derek Falvey, Thad Levine and Rocco Baldelli.

So why Minnesota? It’s simple, they’ve won two straight AL Central titles. He wants to be part of a third, and a playoff run.

Shoemaker has proven when healthy, he can be effective. He finished second the American League Rookie of the Year voting in 2014. In a little more than 600 innings pitched, which includes 104 starts, Shoemaker has a 3.86 ERA, has 43 wins and 540 strikeouts.

Baldelli confirmed Monday what was believed going into Spring Training. The Twins brought Shoemaker in with the intention of him starting. It also doesn’t sound like there will be a competition in Fort Myers, despite Randy Dobnak filling the final starting spot most of last season.

"We signed Matt to join us and pitch out of our rotation. I watched him throw a bullpen for the first time yesterday, he was very sharp," Baldelli said. "He’s obviously coming in in very good shape, and he’s ready to go."

Shoemaker just wants his chance to compete. He feels it’s the right fit in Minnesota.

"I’ve heard a lot of good things from a lot of players just about how the organization as a whole finds ways to get you better. That’s huge, because that makes the team go," Shoemaker said.