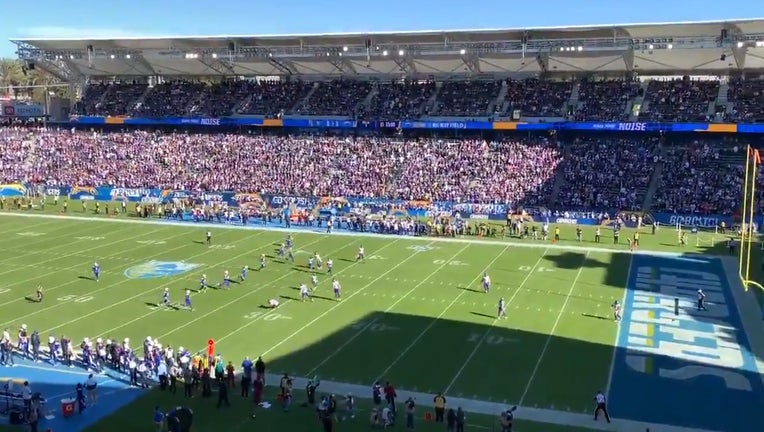 The Chargers' stadium is loaded with plenty of purple jerseys on Sunday. (FOX 9)

(FOX 9) - The Vikings are on the road this week, but a section of the crowd would fit right in at U.S. Bank Stadium in Minneapolis.

A video sent out by the team shows a horde of purple jerseys overwhelming an entire section of the StubHub Center -- the Chargers temporary home in Los Angeles. Video from our crews at the game also shows plenty of purple jerseys filling the seats at the stadium.

It's not the first time this year that the California team has faced underwhelming home support after moving north from San Diego. The Chargers have dealt with ridicule in recent months over their inability to attract local fans, resulting in the team losing out on its home-field advantage.

Already in the first quarter of Sunday's game, a Skol chant broke out as the Chargers attempted a field goal.