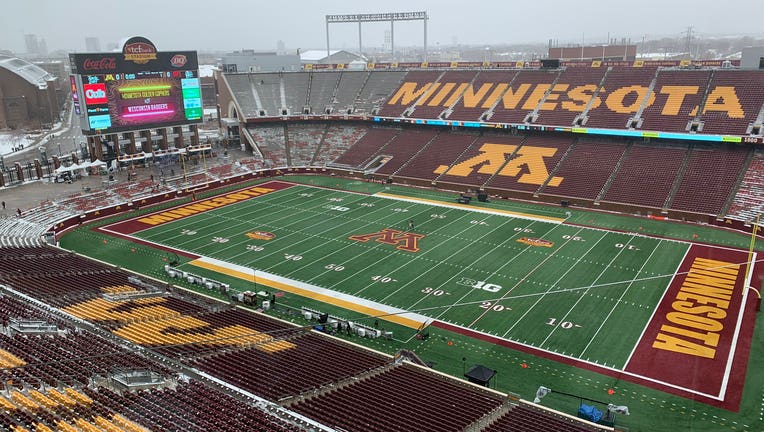 We don't yet know if fans will be at TCF Bank Stadium when the Gophers host Florida Atlantic in the regular season opener on Sept. 3.

MINNEAPOLIS - The University of Minnesota athletic department announced Tuesday night that out of 170 Covid-19 tests administered to student athletes in the month of June, seven tested positive.

Athletic department officials say those seven are in self-isolation, and anyone they might have come in contact with is in quarantine. Those athletes are also in daily contact with members of the Gophers’ athletic medicine staff.

Seven University of Minnesota athletes, across all sports, have tested positive for COVID-19.

We don’t know how many of the seven positives are football players. Those athletes were among the first to return to campus from all over the country last month to start voluntary individual workouts. Other teams with athletes back include men’s and women’s basketball, volleyball, women’s soccer and men’s hockey.

The seven positive tests represents a 4.1 percent rate among the 170 tested. For perspective, here’s a look at numbers around the Big Ten and the country as we near the potential start of summer workouts for college football.

The numbers put pressure on college programs across the country to make decisions on fall sports as we get closer to anticipated start dates. Minnesota will begin official football activities in mid-July, with fall camp typically starting in early August.

The Gophers, coming off an 11-2 season, are scheduled to host Florida Atlantic in the regular season opener at TCF Bank Stadium on Thursday, Sept. 3. For now the game is on as planned, but athletic department officials haven’t said if there will be no fans or limited fans due to Covid-19 concerns.

One other thing to keep in mind: The Ivy League is considering delaying their conference football season until the spring of 2021. They were the first conference to cancel their basketball tournament, before the NCAA shut down sports in March.

Gophers Athletic Director Mark Coyle said earlier this spring the department will face between a $10 million and $75 million loss in revenue depending on when college football starts, and if fans are in seats. Coyle and the top five highest-paid coaches, P.J. Fleck, Richard Pitino, Lindsay Whalen, Hugh McCutcheon and Bob Motzko, have taken a voluntary 10 percent reduction in pay starting Wednesday through the end of the year.