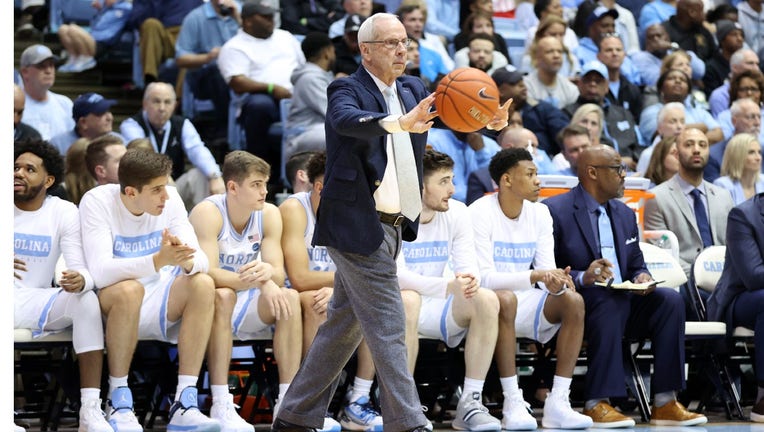 Head coach Roy Williams of the University of North Carolina passes the ball during a game between Wake Forest and North Carolina at Dean E. Smith Center on March 03, 2020 in Chapel Hill, North Carolina. ((Photo by Andy Mead/ISI Photos/Getty Images))

In an interview with Evan Daniels of 247Sports, Walton announced he is headed to the University of North Carolina to play for Roy Williams next season. Walton called it “the biggest stage in college basketball.”

Walton averaged 26 points and 11 rebounds per game last season for the Royals. They had qualified for the Class 4A State Tournament, but their season ended after it was canceled due to the Coronavirus pandemic.

Walton had originally intended to announce his college choice on Saturday, but reports had emerged over the weekend that he was struggling to choose between North Carolina and Minnesota. His six finalists were the Tar Heels, Gophers, Arizona, Creighton, Vanderbilt and Georgetown.

It’s another miss on a top local recruit for Richard Pitino after Jalen Suggs signed with Gonzaga, Dawson Garcia committed to Marquette and Ben Carlson and Steven Crowl each chose Wisconsin. Park Center star Dain Dainja is heaeded to Baylor and Gabe Madsen of Rochester Mayo is headed to Cincinnati. After landing Daniel Oturu, Gabe Kalscheur and Jarvis Omersa two years ago, Pitino hasn't been able to keep the top in-state talent in Minnesota two straight years. He did, however, sent two locals to the NBA the last two years in Oturu and Amir Coffey.

Pitino still has one scholarship to fill for next season after Payton Willis decided to grad transfer. Pitino said in recent weeks he’s looking for a guard/wing combo for the last spot, and will likely do it via the grad transfer market.

Despite missing out on top local players, Pitino has had a successful year on the recruiting trail. He signed four-star and top 100 talent Jamal Mashburn Jr. for next season, and landed Drake center Liam Robbins, one of the top transfer targets of the off-season, who generated interest from some of the top programs in the country.