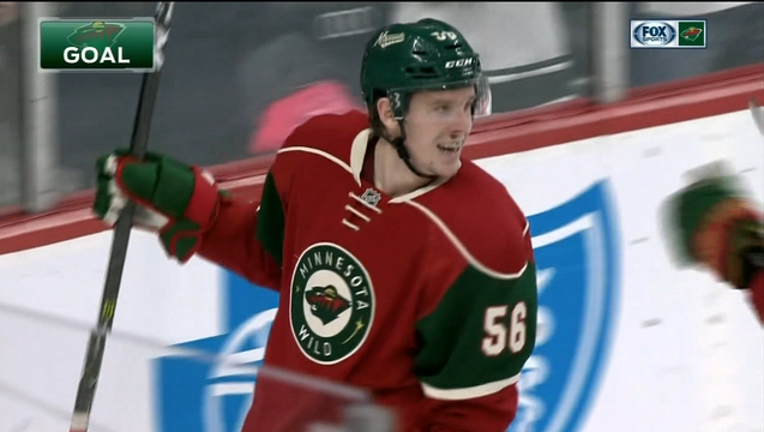 The Golden Knights claimed forward Erika Haula in the 2017 NHL Expansion Draft. The Wild then exchanged forward Alex Tuch with the Knights for a conditional third-round pick in the 2017 or 2018 NHL Entry Draft.

The Wild made the trade to keep stars like Matt Dumba, Eric Staal, and Marco Scandella from being selected by Vegas.

The Knights announced their selections during the NHL Awards Show and Expansion Draft in Las Vegas.

Haula had his best season goal-wise as he netted a career high 15 goals.

Tuch played in six games with the Wild this season.