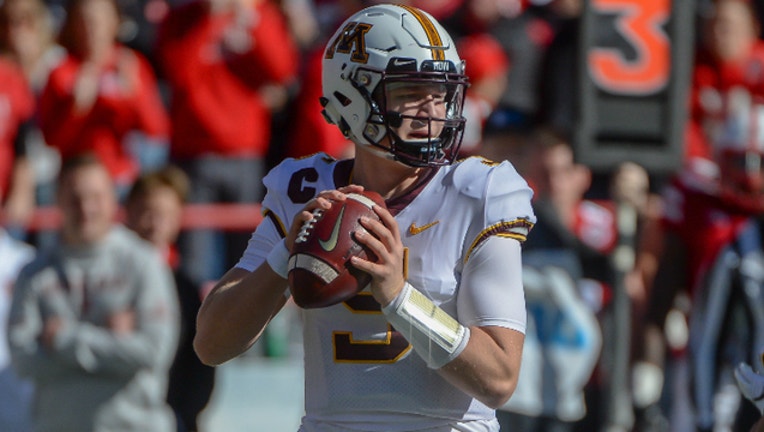 LINCOLN, NE - OCTOBER 20: Quarterback Zack Annexstad #5 of the Minnesota Golden Gophers passes in the first half against the Nebraska Cornhuskers at Memorial Stadium on October 20, 2018 in Lincoln, Nebraska. (Photo by Steven Branscombe/Getty Images)

"Injuries are an unfortunate part of the game, and we feel terrible for Zack," Fleck said.

"He worked extremely hard in the spring and summer to put himself in position to compete for the starting job, and I know he will recover from this setback to be even stronger. Zack is an elite teammate and person, and I look forward to him being an important part of the team as a leader while he is recovering."

The sophomore quarterback started the first seven games of the 2018 season. According to the university, Annexstad was hampered by injuries during the second part of the year and ended his true freshman season with 97 completions for 1,277 yards and nine touchdowns.