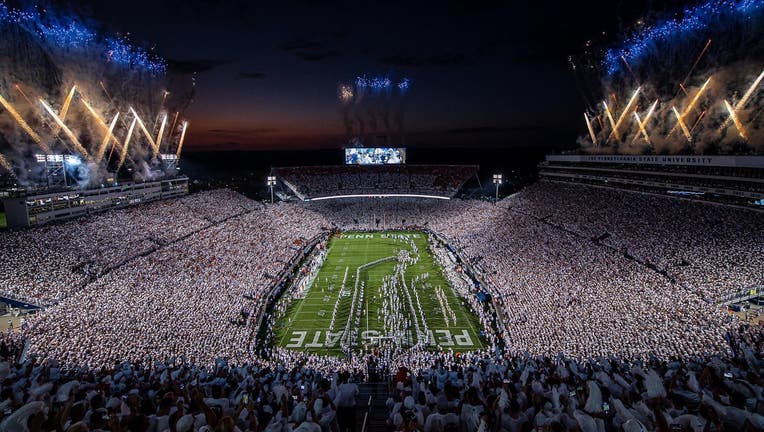 The University of Minnesota football team will travel to Penn State Oct. 22 for a night game and White Out in Happy Valley.

MINNEAPOLIS - The University of Minnesota football team will have its hands full on Oct. 22 when it travels to play Penn State in Happy Valley.

The game is set for a 6:30 p.m. kickoff at Beaver Stadium. Officials with the Nittany Lions’ football program announced Wednesday the game will be a "White Out," meaning all fans attending are encouraged to wear white for the night game.

It will also mark Homecoming at Penn State, and the school is making a custom White Out T-shirt for the game that says "The Greatest Show in College Sports." The Nittany Lions will wear alternate uniforms to draw from different elements of past teams as part of their "Generations of Greatness" game.

The following week, Penn State will host rival Ohio State in its Stripe Out game.

Their "White Out" game last year was a 28-20 win over Auburn in front of more than 109,000 fans at Beaver Stadium. The last time the Gophers played Penn State, it was a 31-26 win for Minnesota that was part of its historic 11-2 season in 2019. The Gophers finished that season with a win over Auburn in the Outback Bowl.