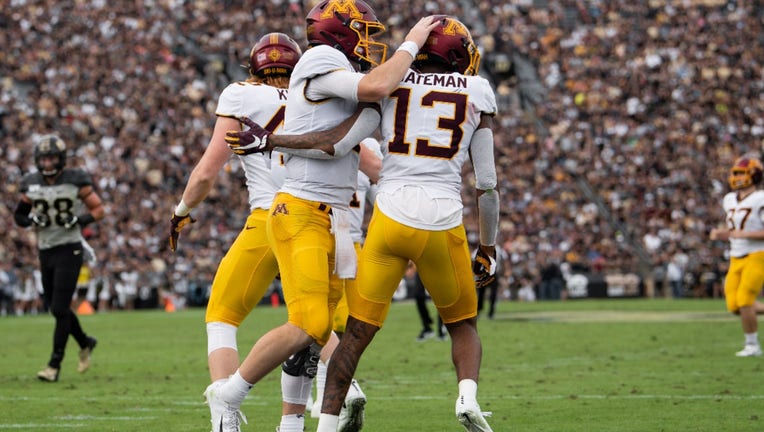 MINNEAPOLIS - Gophers redshirt sophomore quarterback Tanner Morgan was named the Big Ten Co-Offensive Player of the Week on Monday after Minnesota’s 38-31 win at Illinois on Saturday.

Morgan set career-highs with 396 passing yards and four touchdowns, three in the first half as the Gophers held off a Purdue rally to start the Big Ten season 1-0. Morgan completed 95.5 percent of his passes, the first time it’s been done in the history of the Big Ten with at least 20 passes attempted. The 396 yards are the seventh-most in program history, and most since Adam Weber passed for 416 yards in a 209 win over Michigan State.

Morgan hit Chris Autman-Bell for a 70-yard touchdown on a slant, Rashod Bateman for touchdowns of 45 and 47 yards and Tyler Johnson on a 3-yard fade route. Morgan improved to 8-2 as the Gophers starting quarterback for his career, and is currently the No. 2 quarterback in the Big Ten in passer rating.

He has 10 touchdowns through four games and is averaging 273 passing yards per game.