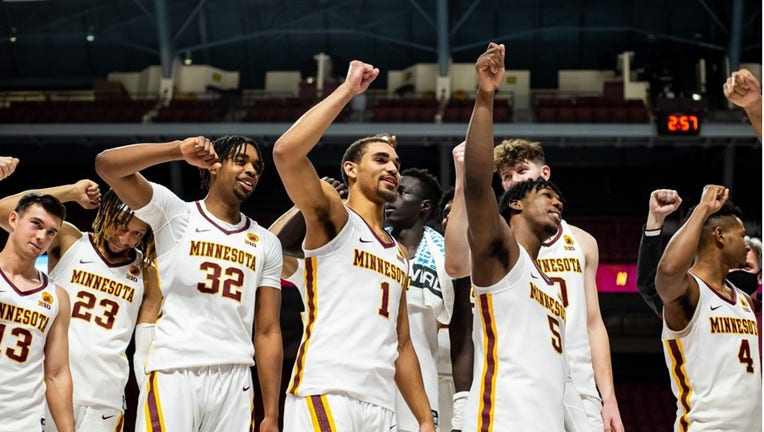 MINNEAPOLIS - The University of Minnesota men’s basketball team is ranked among college basketball’s top 25 programs for the third straight week after beating No. 7-ranked Michigan 75-57 on Saturday at Williams Arena.

Minnesota was ranked as high as No. 16 earlier this season after a home win over the Buckeyes, then dropped to No. 23 after losses at Michigan and at Iowa. The Gophers just finished the toughest nine-game stretch in the history of the program, which included eight straight games all against teams ranked in the top 25.

The stretch actually started with a home non-conference win over St. Louis, which is now at No. 25 in this week’s poll. The Gophers went 5-4 over that nine-game stretch to improve to 11-4 on the season, and 4-4 in Big Ten play. There hasn’t been a tougher stretch of conference games in college basketball since St. John’s face eight straight ranked opponents in the Big East in 2011.

The Gophers forced Michigan into 20 turnovers, and limited the Wolverines to 39 percent shooting.

Robbins was named the Naismith Trophy Player of the Week on Monday not only for his offensive performance, but for limiting Michigan star Hunter Dickinson to nine points and five rebounds. Robbins also had two blocks.

Minnesota’s game at Nebraska Wednesday night has been postponed as seven players and multiple coaches have tested positive for COVID-19. The Cornhuskers have paused all basketball activities.

The Gophers’ next scheduled game is Saturday against Maryland at Williams Arena.