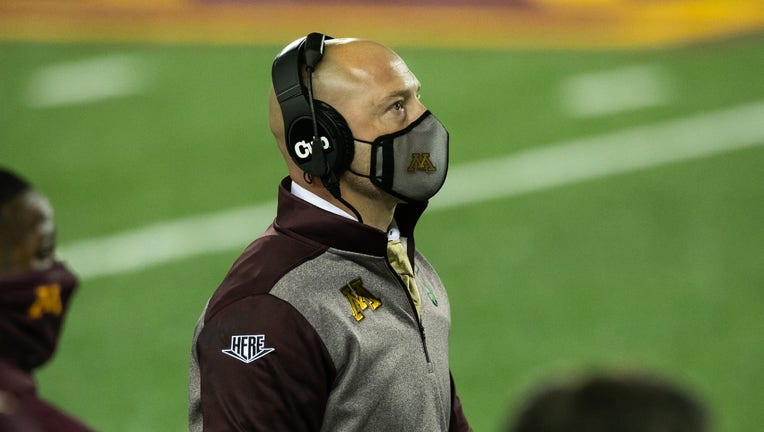 Head coach P.J. Fleck of the Minnesota Golden Gophers looks on in the first quarter of the game against the Michigan Wolverines at TCF Bank Stadium on October 24, 2020 in Minneapolis, Minnesota. ((Photo by David Berding/Getty Images))

MINNEAPOLIS - The University of Minnesota football team returns to the field for the first time in three weeks Saturday at Nebraska, and they’ll be short-handed on both sides of the ball against the Cornhuskers.

According to reports, the Gophers will be without 33 players between COVID-19 issues and injuries. The number includes multiple starting offensive linemen, players on the defensive line and tight ends. They're also without star receiver Rashod Bateman, who opted out of the remainder of the season after the team paused football activities.

Minnesota paused football activities for two weeks back on Nov. 24, with the program experiencing 49 COVID-19 cases between players and staff. The team returned to practice last Sunday after having games at Wisconsin and against Northwestern canceled.