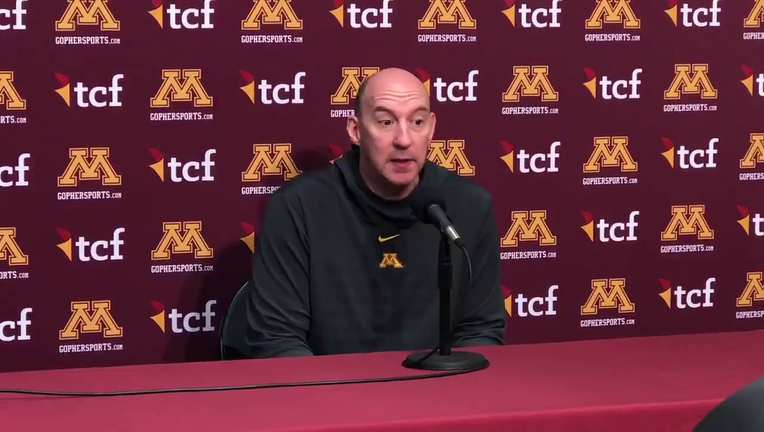 MINNEAPOLIS - For the first time in 12 years, the University of Minnesota volleyball team will have a new head coach next season.

Hugh McCutcheon announced Sunday that the 2022 season will be his last with the Gophers. Minnesota is currently 10-6 this season, including a 5-3 mark in Big Ten play. In 10-plus seasons with the Gophers, McCutcheon has a 265-71 record and has led Minnesota to three NCAA Final Four appearances. He led the Gophers to a Big Ten title in 2018.

"Hugh is a respected leader in volleyball, the coaching profession and in our department," Gophers Athletic Director Mark Coyle said in a statement. "We understand and support his decision to step away at the end of the season and we thank him for his tremendous contributions to our program, University and state.

"I know Hugh appreciates the support from our amazing fans and understands the questions that people might have, but his sole focus right now is on the team and the rest of the season. Out of respect for our program and our student-athletes, he will defer any questions about this decision until the end of the season."

McCutcheon had agreed to an extension in late December 2021 that had him under contract at Minnesota through the 2025 season. Gophers officials said in a news release they will conduct a nation-wide search for the next head coach after the season. During that time, Associate Head Coach Matt Houk will serve as the interim head coach.

The Gophers are back on the court on Wednesday, at Iowa and play their next home game on Saturday, Oct. 22 against Purdue.