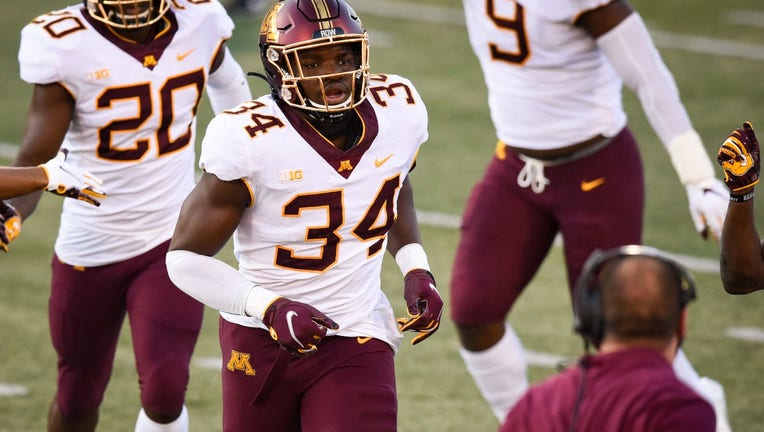 MINNEAPOLIS - The Big Ten announced its 2020 defensive football awards on Wednesday, and two University of Minnesota players were honored.

Defensive lineman Boye Mafe, and defensive back Coney Durr were selected All-Big Ten Honorable Mention by the league’s coaches and media. Mafe is fifth in the Big Ten with 4.5 sacks, and leads the league by averaging .90 sacks per game. Mafe also has 20 tackles, two pass break-ups and two forced fumbles in six games this season.

Durr has 25 tackles, one tackle for loss and five pass break-ups this season.

The Gophers had seven offensive players honored by the Big Ten on Tuesday. Mo Ibrahim was named the Big Ten Running Back of the Year and selected First Team All-Big Ten after leading the league with 925 rushing yards and 15 touchdowns despite having two games canceled.

The Gophers head to Camp Randall Stadium Saturday to face the Badgers for Champions Week.