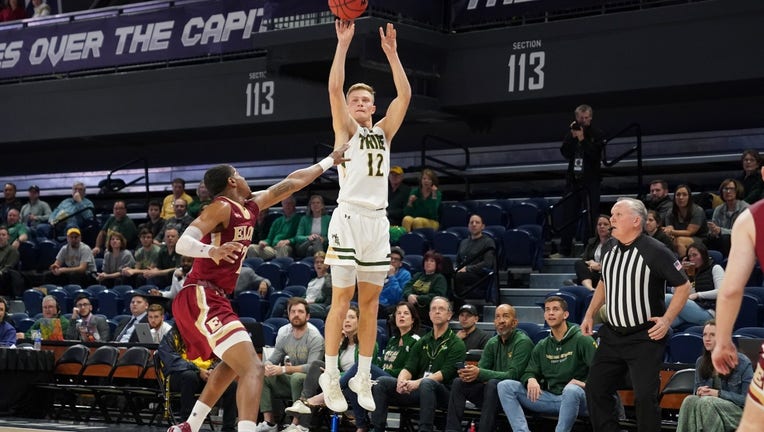 Luke Loewe #12 of the William & Mary Tribe takes a jump shot in the first half during a CAA Men's Basketball Tournament - Quarterfinals college basketball game against the Elon Phoenix at the Entertainment & Sports Arena on March 8, 2020 in W ((Photo by Mitchell Layton/Getty Images))

MINNEAPOLIS - Ben Johnson has been the University of Minnesota men’s basketball coach for a little more than a month, and the roster shuffle continues for the 2021-22 season.

"Luke is another tough and gritty guy who loves to compete," Johnson said. "He's exactly the kind of player we want wearing the Maroon and Gold. He loves to play defense and can shoot the ball too. Luke has played more than 100 games of college basketball and has improved every year. He was with Coach Jason Kemp at William & Mary, and we can't wait to see what he can do as a Gopher."

As the team deals with its own transfers, new Gophers basketball coach Rob Johnson is bringing home Jamison Battle, a former local hoops star that has made a name for himself with George Washington University.

As a junior, he led the CAA in 3-point shooting at 43.9 percent, and was fourth in the league in field goal percentage at 54.4 percent.

Since Johnson was hired on March 22, the Gophers have had nine players enter the transfer portal. They include Marcus Carr, Jamal Mashburn Jr., Martice Mitchell, Sam Freeman, Gabe Kalscheur, Jarvis Omersa, Liam Robbins and Tre Williams. Brandon Johnson, who came to the team as a graduate transfer last season, entered the transfer portal on Monday.

Robbins is headed to Vanderbilt, Kalscheur will play at Iowa State, Omersa is headed to St. Thomas, Mashburn is heading to New Mexico to reunite with Richard Pitino, Williams is headed to Oregon State, Mitchell transferred to Northern Illinois and Freeman is headed to Pacific.

Carr remains in the transfer portal, and is also exploring the NBA Draft process for the second straight year.

In addition to Loewe, Ben Johnson has brought in transfer forward Jamison Battle. Both Gach and Isaiah Ihnen are expected to be back next season with the Gophers as well. Johnson has also received a commitment from forward and Division II All-American Parker Fox, and Payton Willis will return to the Gophers after transferring to the College of Charleston last season.