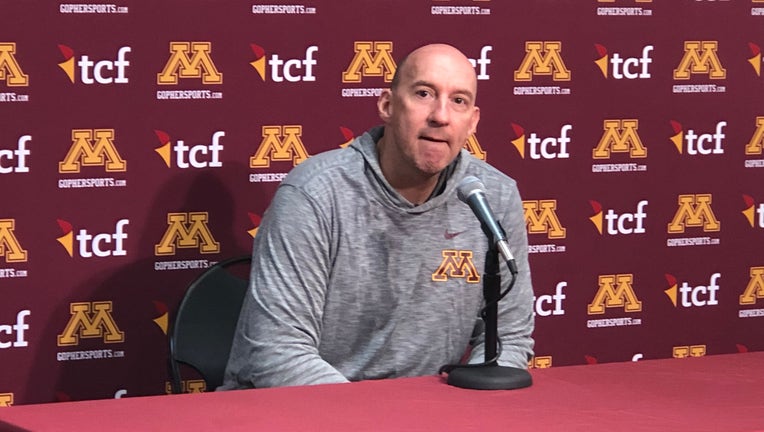 MINNEAPOLIS - It should be no surprise that the University of Minnesota volleyball team’s early non-conference schedule features several of the best teams in the country.

Hugh McCutcheon, now in his eighth season with the Gophers, wants to get an early sense of where his team is at and what its potential can be. So how does he find out? Schedule some of the best teams in the nation and find out on the court.

Minnesota is coming off a 27-4 season, a Big Ten championship and a run to the NCAA Sweet 16 that was ended by Oregon. After opening the 2019 season with a 3-0 win over North Carolina, the Gophers lost 3-0 to No. 25-ranked Florida State in Chapel Hill, N.C.

The Gophers followed that with a 3-0 loss at No. 3-ranked Texas, before hosting No. 11-ranked Florida in a 3-0 win at Maturi Pavilion.

“There is some method to the madness. If we want to be among the best at the end, let’s see what they’re doing now. Fortunately the way it’s set up, we’re playing some of the best teams in all the different conferences so we get a pretty good idea of what’s out there,” McCutcheon said.

He has a point. The Big Ten currently features seven teams ranked in the top-25. That includes five in the top 15 with No. 2 Nebraska, No. 4 Penn State, the Gophers at No. 8, No. 9 Wisconsin and No. 14 Illinois.

The Gophers won’t be getting any easy nights in the Big Ten this season, so what better way to be ready than a difficult non-conference schedule?

The Gophers got some Big Ten recognition this week, with senior Kylie Miller earning the league’s Setter of the Week Award. In a 1-1 week, she had 79 set assists and averaged 13.2 assists per set. In Minnesota’s 3-0 win over Florida, Miller had 36 set assists, seven digs, an ace and a block.

Miller joined the Gophers this season after spending the last three at UCLA.

Now, back to that tough early schedule. The Gophers travel to Penn State this weekend to face No. 10-ranked Oregon and No. 1-ranked Stanford. That’s right, Minnesota faces the team that ended its season last year, and the top team in the country.

The Gophers have high expectations for the season with six of their seven starters back from 2018. They might take some lumps early on, but it’ll have them ready for the Big Ten season. It’s the best way from McCutcheon’s program to grow.