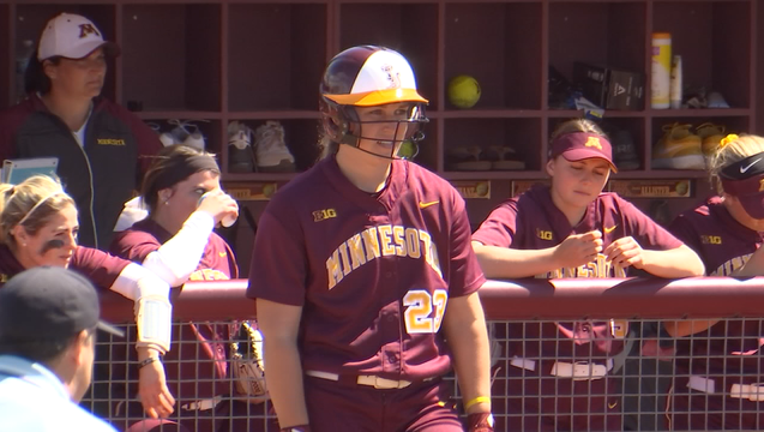 MINNEAPOLIS (KMSP) - Gopher catcher Kendyl Lindaman was named to the National Fastpitch Coaches Association All American second team Wednesday, just the sixth time a Gopher has made the list twice.

She set the Minnesota single-season home run record this season, breaking her own mark set last year with 20 long balls. That number ranks sixth in the nation.

With Lindaman leading the way in nearly every statistical category this year, the Gophers made the NCAA tournament and advanced to the regional round, where they lost to Washington in a 5-2 heartbreaker after taking an early lead.