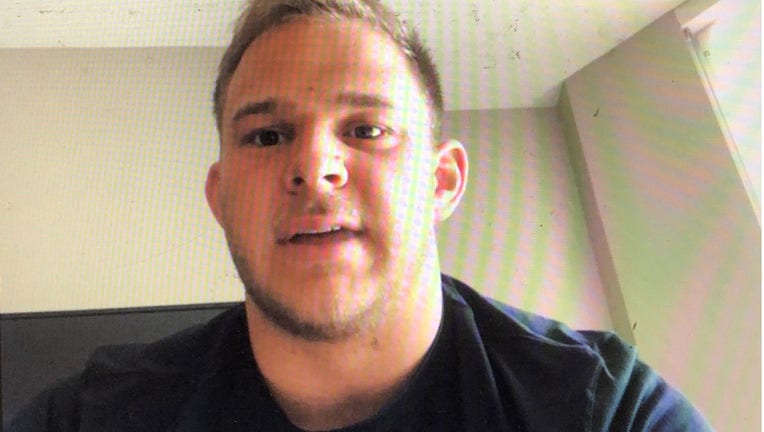 MINNEAPOLIS - Garrett Bradbury isn’t going to let a global health pandemic get in the way of making sure he’s ready, mentally and physically, for his second season with the Minnesota Vikings.

Bradbury and his fiancée started this past off-season living in Denver. It was there that he found a gym that met all of his personal needs for off-season training. He got 1-on-1, personalized and socially distant training. By the time April came around, they made the trek to Minnesota and he hooked up with teammate Adam Thielen, who owns ETS Performance Center.

Bradbury is one of several Vikings, who in small groups and under strict Covid-19 guidelines, are working out at Thielen’s gym to they’re ready if and when the NFL calls. There’s a real chance that might not be until training camp.

“From a training standpoint, it’s been awesome for me. This is the longest time I’ve had just to train straight,” Bradbury said Wednesday via Zoom. “Since late January I’ve been working out, grinding, so I feel as good as I’ve ever felt conditioning, strength training wise.”

Bradbury will be a key piece of a Vikings’ offensive line that brings a majority of last year’s starters back for 2020. The only current exception is Josh Kline, who was released in a surprise move. The team’s returning starters include Bradbury, Pat Elflein, Riley Reiff and Brian O’Neill. Aviante Collins, Rashod Hill and rookie Dru Samia all saw at least some game action, and Ezra Cleveland is expected to compete for a starting spot.

The Vikings improved from the No. 30 rushing offense in the NFL to No. 6 last year. Bradbury said the extended meeting time due to the Covid-19 pandemic has allowed himself and the offense as a whole to re-watch several games from last season. It’s a self-critique so he knows where he needs to improve for his second season.

”In terms of improvement, I think consistency is kind of the biggest thing for me. Something I pride myself on is getting better, from year to year, game to game, so that’s my goal is just to be better in Year 2 and make the improvements that I want to,” Bradbury said.

He got help from the team’s veterans in that respect last year, and now he’s the one trying to help guide rookies through a virtual off-season during the Covid-19 pandemic. Bradbury and the offense meet two hours per day through video conferencing, then he takes the teaching tools and techniques to a field at ETS Performance Center.

Bradbury, Collins and Dakota Dozier are one group of Vikings that workout together, and push each other to get better with every rep.

“Coach (Gary) Kubiak keeps going back to ‘Hey we would be in Week 2 of OTAs right now, what would you be doing right now to prepare for the season?’ Guys are handling their business so that the transition to when we do get back together will be seamless,” Bradbury said. “Doing what we would do if we were having practice. There’s nothing like getting out on the field and going through what you’re going to be doing on Sundays.”

There are no OTAs, no mandatory minicamp and we don’t yet know what training camp might look like due to Covid-19. They can’t all be together at once, so Bradbury and his teammates are doing what they can within guidelines.

The hope is that bond makes it worthwhile when it’s time for team workouts.

“Chemistry is everything with the offensive line,” Bradbury said.

He’s taking care of himself away from football, too. Bradbury follows a regular nutrition cycle to meet his fitness needs, and has found himself reading several books to keep his mind strong during the down time.

The titles include “Shoe Dog,” a memoir by Nike creator Phil Knight, “Inner Game of Tennis,” a book on mental strength, “Unbroken” and he’s also reading a textbook with practice squad quarterback Jake Browning called “Boundless” by Greenfield, which addresses maximizing and optimizing your health.

The all-around approach has him ready for Year 2 with the Vikings.