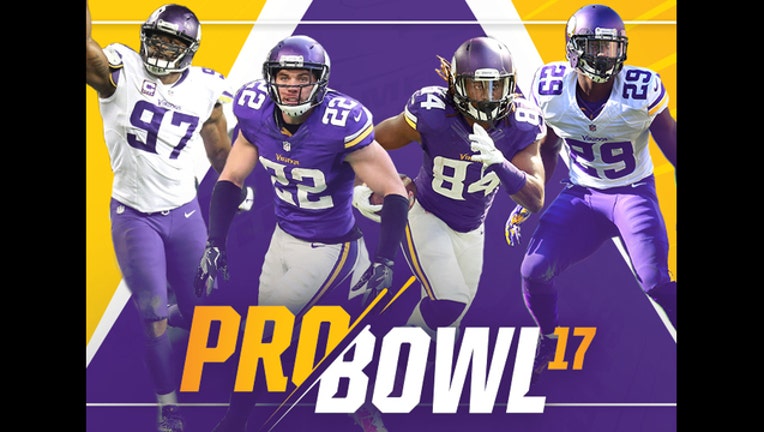 This is the second trip to the Pro Bowl for Griffen, Patterson and Smith and Rhodes first trip.

Griffen is in the top 10 in the NFL among defensive ends in sacks, total tackles, forced fumbles, sack yards, tackles for loss and quarterback hurries.

Patterson leads the NFL with 757 kickoff return yards and a 31.5-yard kickoff return average. He also returned a kickoff 104 yards, the longest in the NFL this season, for his fifth career touchdown. Patterson is the first Viking returner to be selected twice in franchise history.

Rhodes is third in the NFC with four interceptions on the year, which is a career-high. He’s the first Vikings cornerback to be selected to the Pro Bowl since Antoine Winfield in 2010.

Smith ranks in the top seven in the NFL for safeties in total tackles, sacks, sack yards and tackles for loss.