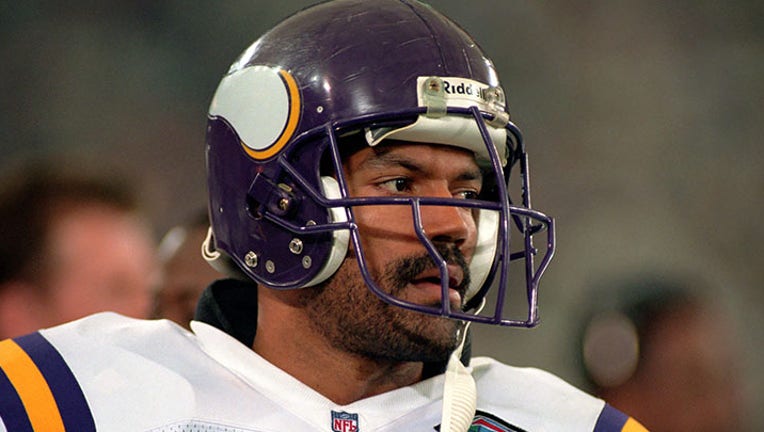 PONTIAC, MI - DECEMBER 17: Tight end Steve Jordan #83 of the Minnesota Vikings looks on from the sideline during a game against the Detroit Lions at the Pontiac Silverdome on December 17, 1994 in Pontiac, Michigan. The Lions defeated the Vikings 41-1 (George Gojkovich/Getty Images / FOX 9)

MINNEAPOLIS (FOX 9) - The Minnesota Vikings will induct former tight end Steve Jordan into the Vikings Ring of Honor during Thursday’s home game against the Washington Redskins.

A seventh-round draft pick in 1982, Jordan spent his entire 13-season career with the Vikings. In that time, he racked up 498 catches—the third most in team history, trailing only Chris Carter and Randy Moss—as well as 6,307 yards and 28 touchdowns. He went to six Pro Bowls and won three NFC Central titles.

At Thursday’s game, Jordan will sound the Gjallarhorn prior to kickoff. The Vikings will induct him into the Ring of Honor during a special halftime ceremony on Thursday.

The Vikings Ring of Honor recognizes team legends for their contributions to the success of the team on and off the field. Jordan will be its 25th member.