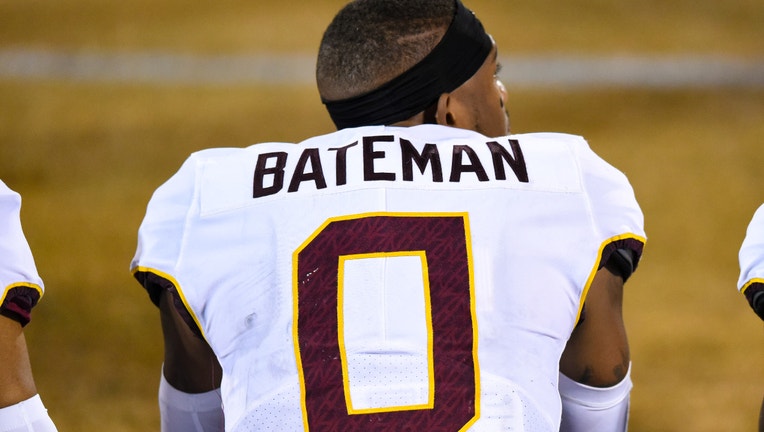 MINNEAPOLIS - Rashod Bateman hasn’t played an official snap with the Baltimore Ravens yet, and it might be a while before that happens for the former University of Minnesota star.

Bateman, the Ravens’ first round pick back in April, had to leave the practice field at training camp Tuesday with an apparent leg injury. According to Jamison Hensley, a Baltimore Ravens reporter for ESPN, Bateman limped off the field early in practice and never returned. He was making a cut against Marcus Peters when he suffered the injury and fell to the ground.

A camera crew with Fox 45 out of Baltimore caught the aftermath of Bateman's injury. He's shown limping and needing help from a trainer and a teammate to get off the field before taking a knee, and falling to the ground.

Bateman played in five games for the Gophers last year after originally opting out of the 2020 season due to COVID-19 concerns. He didn’t play in the last two games, opting back out, after the Gophers had a COVID-19 outbreak that resulted in two games being canceled.

Bateman emerged as one of the top receivers in the country during the 2019 season. Helping lead the Gophers to an 11-2 record, he set school records as a sophomore with 1,219 yards and 11 touchdowns.