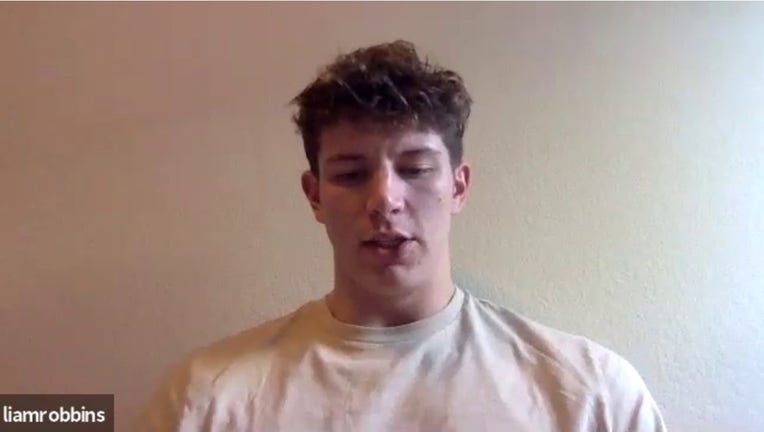 Liam Robbins had his waiver for immediate eligibility approved by the NCAA on Wednesday. The 7-foot center will likely start for the Gophers this season.

MINNEAPOLIS - University of Minnesota men’s basketball coach Richard Pitino announced Wednesday that 7-foot center Liam Robbins has been granted a waiver by the NCAA and is eligible to play for the Gophers in the 2020-21 season.

Robbins left the Drake basketball program after two seasons, and committed to play for the Gophers earlier this summer. His uncle is Associated Head Coach Ed Conroy, and walk-on Hunter Conroy is his cousin.

“We are excited that the NCAA granted Liam immediate eligibility,” Pitino said in a statement. “He fits our style of play perfectly and we expect him to make an impact from day one.”

Robbins averaged team highs of 14.1 points and 7.1 rebounds per game last season for Drake as a sophomore, along with 2.9 blocks per game. He started all 34 games for the Bulldogs and was named All-Missouri Valley Conference Second Team, All-Defensive Team and MVC Most Improved honors. He set a school record with 99 total blocks, the third most in MVC history, and finished fifth in the nation in blocked shots.

"We were pretty confident that I would get my waiver over the contents of it. But you just never know, so we were just hopeful. It took a while, but we were just glad to finally get the news I was eligible," Robbins told reporters via Zoom Wednesday afternoon.

Robbins is expected to make an immediate impact for the Gophers, and will have two seasons of eligibility at Minnesota. He’ll likely start at center and will replace Daniel Oturu, who declared for the NBA Draft after last season. Oturu was the only player in college basketball last season to average at least 20 points and 11 rebounds per game.

Robbins said he was in the transfer portal for a total of about 24 hours. He heard from as many as 25 different schools, but knew the fit was right at Minnesota with the connection to Ed and Hunt Conroy.

"I loved what Minnesota had to offer me, so it just seemed to me like a no-brainer. I didn’t want to lead anyone else on when I already felt like this was the place I needed to be," Robbins said.

Pitino and the Gophers are still waiting on one more waiver request. Both Gach, an Austin, Minn., native, left the program after two seasons at Utah and committed to the Gophers to be closer to home. Gach, if granted immediate eligibility, will give Minnesota another scorer and ball-handler in the backcourt.