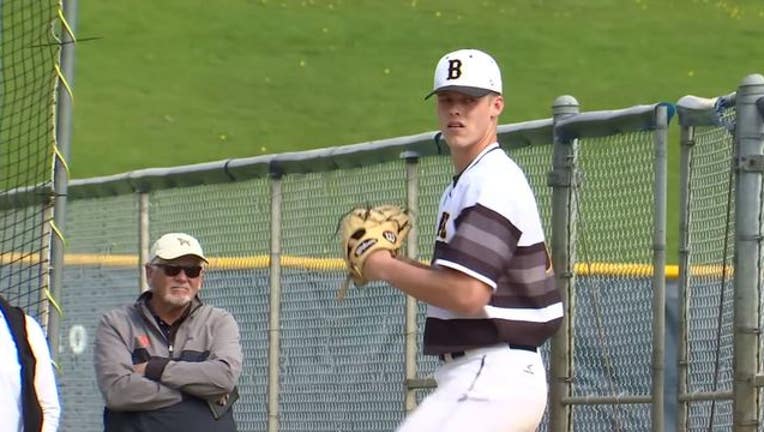 The Seattle Mariners selected the right-handed pitcher with the 55th overall pick in MLB draft.

Early predictions had projected the teen would be picked in the first round, but he was later snagged in the second round.

Carlson is committed to the University of Florida.