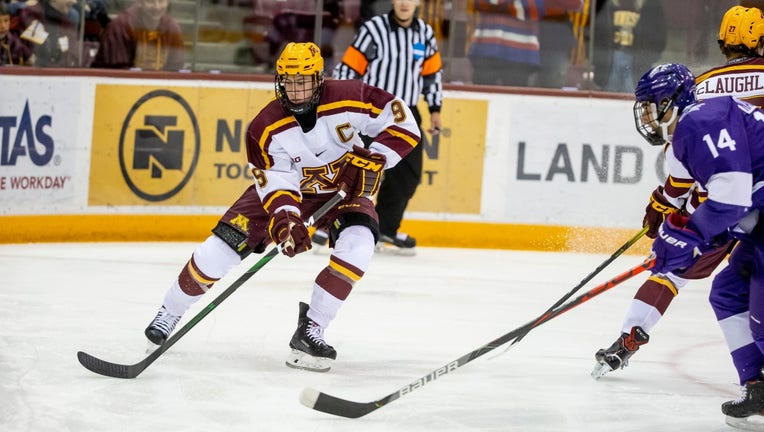 MINNEAPOLIS - Many questions remain, but it looks like the Big Ten Conference will at least try to have a men’s college hockey season.

“We can’t wait to drop the puck on the 100th season of Gopher Hockey. We’ve asked our guys for patience and diligence as this process has unfolded, and they’ve been amazing. Now we finally have a good idea of when we’ll be playing, and I have no doubt that the team will be ready to go when the time comes,” Minnesota head coach Bob Motzko said in a statement. “We are certainly appreciative of the Big Ten’s commitment through this process, and we will work with the conference to ensure the health and safety of our student-athletes throughout the season.”

Under Motzko, the Gophers finished 16-14-7 last season and beat Notre Dame in the Big Ten Tournament quarterfinals. Minnesota was scheduled to face Penn State in the semifinals before the tournament was canceled due to the COVID-19 pandemic.

This year’s Big Ten Tournament will feature all seven teams and be a one-weekend, single-elimination event.

League officials say Big Ten teams will follow the same COVID-19 protocols put into place and announced on Sept. 16 as part of football’s return-to-play plan. They include daily antigen testing, enhanced cardiac screening and a data-driven approach to decisions on practice and competition.

Minnesota’s 2020-21 schedule will be released at a later date, and if the possibility exists to have fans at 3M at Mariucci Arena.