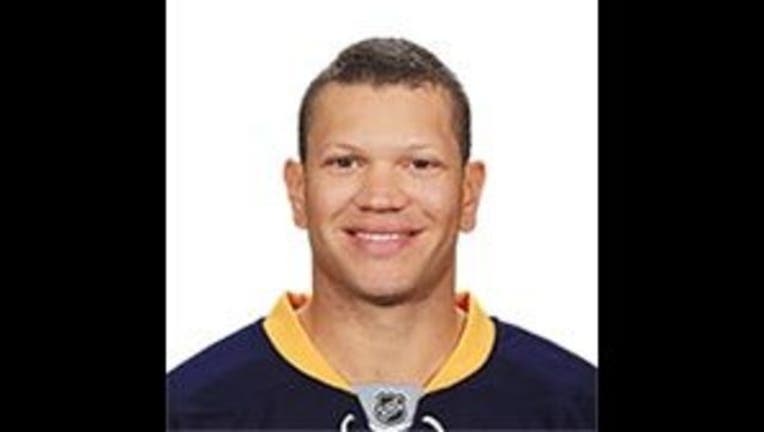 Photo courtesy of the Buffalo Sabres.

BUFFALO, N.Y. (AP) - A person with direct knowledge of Kyle Okposo's condition tells The Associated Press the Buffalo Sabres forward is showing signs of improving from an undisclosed illness that has hospitalized him for the past five days.

The person says there is no timetable yet as to when Okposo might be released from the neurosurgical intensive care unit at Buffalo General Hospital. The person spoke on the condition of anonymity on Friday because the Sabres have not provided any updates since announcing Okposo is under the care of team doctors on Wednesday.

Okposo has been sidelined since complaining of an illness on March 28. He had just returned to the lineup and played two games after missing 10 because of a rib injury.