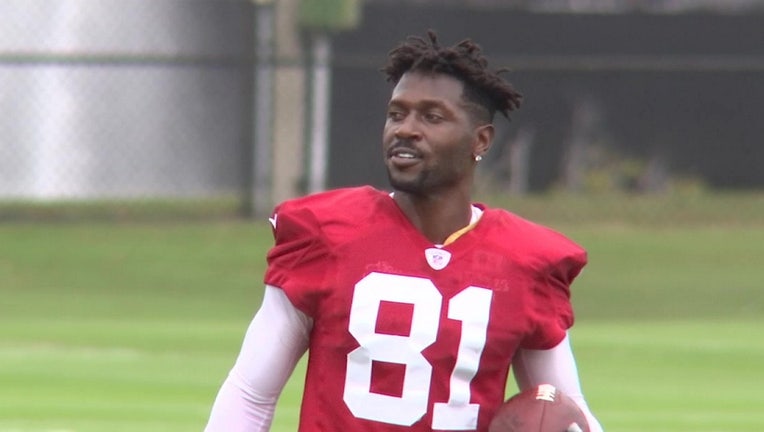 MINNEAPOLIS - The Minnesota Vikings host the Chicago Bears on Sunday to end the 2021-22 regular season, and the game has little meaning with neither team being in the NFC Playoffs.

The Vikings were eliminated from playoff contention after losing 37-10 to the Green Bay Packers on Sunday night at Lambeau Field. It’s fueling speculation about Mike Zimmer’s future in Minnesota. The Vikings will miss the playoffs for the second straight year, third in the last four seasons and for the fifth time in Zimmer’s eight years.

It could be time for a change.

A select group of Vikings’ fans reached out to NFL star Antonio Brown for his thoughts on the situation. You read that correctly. Brown made national headlines on Sunday after removing his pads and jersey while still on the sideline, leaving the field and reportedly leaving the stadium. After the Buccaneers beat the Jets 28-24, Tampa Bay coach Bruce Arians said Brown, "is no longer a Buc."

Brown released a video on social media Wednesday morning, talking about Zimmer, Kirk Cousins and the Vikings. It appears he was paid via Cameo to record the message.

"I would love to have an opinion that I should tell you what should the Vikings do with Kirk Cousins, Mike Zimmer, their offense, defense. But man, I’m trying to figure out my team, my squad, what I’m doing, where I’m going. So Skol Nation, I would tell you how to fix the Vikings. Call Mike Zimmer, let Mike Zimmer figure it out. He’s the best of the best, you guys are in good hands. Vikings Twitter, keep business booming," Brown said.

We’ll know by next Monday if Zimmer has a future in Minnesota. NFL teams typically part ways with head coaches the Monday after the regular season finale.