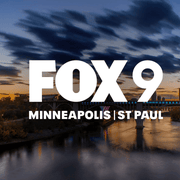 Ahmad Hicks is a sports host and reporter who joined the FOX 9 sports team in October 2022. He grew up loving and playing any sport his parents would sign him up for, so it was only right he went into sports journalism.

Before coming to Minnesota, Ahmad spent four years in his hometown of St. Louis, working for 5 On Your Side, where he was Emmy-nominated for his reporting role during the St. Louis Blues’ Stanley Cup run in 2019. He also helped create his station's first-ever Diversity Equity & Inclusion taskforce, where they won an Edward R. Murrow Award for their series called, "Race. Listen. Learn. Live."

Ahmad graduated from Southern Illinois University of Carbondale in 2015, with a major in journalism and a minor in radio-television and psychology. He was also a member of the Salukis football team after successfully walking on. While at school, Ahmad met his girlfriend Symone, who also works in the television industry as a morning news anchor. The two just recently had their first child together, Houston Hicks.

When Ahmad is not covering sports for work, he’s probably watching them non-stop. He’s an avid St. Louis Cardinals fan and still loves the Rams despite them leaving St. Louis. Ahmad enjoys walks around town with his German shepherd, Ace. He’s looking forward to getting around town and exploring everything the Twin Cities has to offer, even during the cold and snowy weather.

Ahmad can be reached at ahmad.hicks@fox.com or on Twitter @AhmadHicksTV.