A WWII veteran celebrated his birthday in an epic way — by jumping from an airplane. (Credit: Operation Call-To-Service)

Rice, along with a member of Skydive Palatka, jumped from the Commemorative Air Force's (CAF) D-Day Squadron C-53 D-Day Doll, Rice's favorite aircraft, according to CAF. 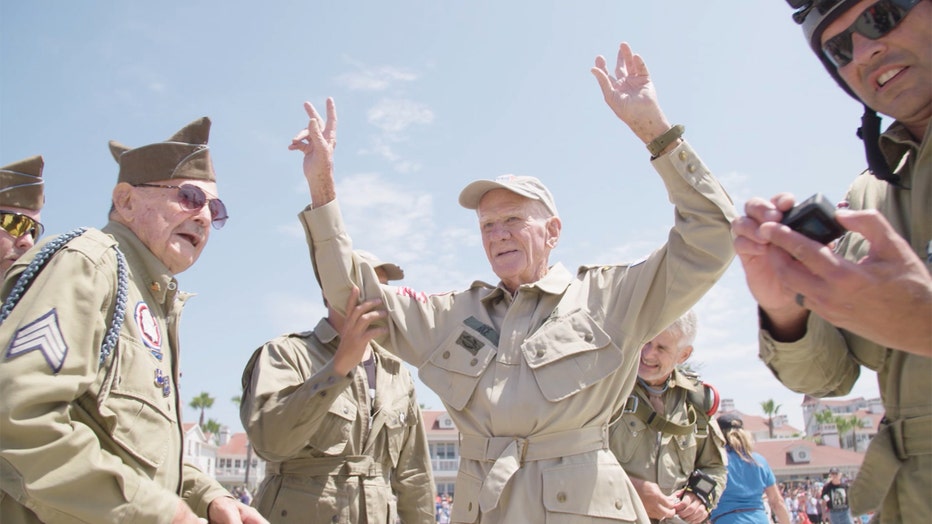 "The airplane that he loves is our C-53D DO ‘D-DAY DOLL’ and refers to her as his favorite aircraft which he nicknamed DOLLY," a CAF spokesperson told FOX TV Stations. 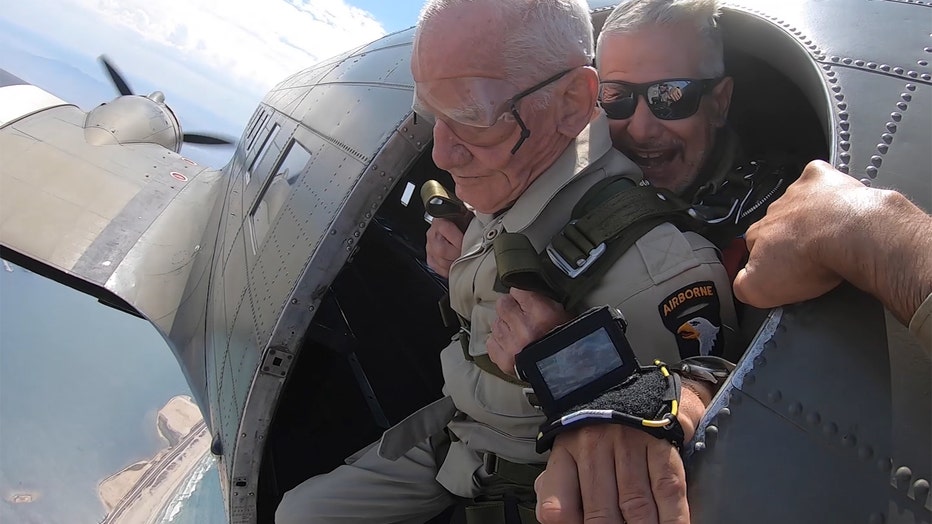 Tom Rice and crew member from Skydive Palatka, about to jump from the plane. (Operation Call-To-Service) 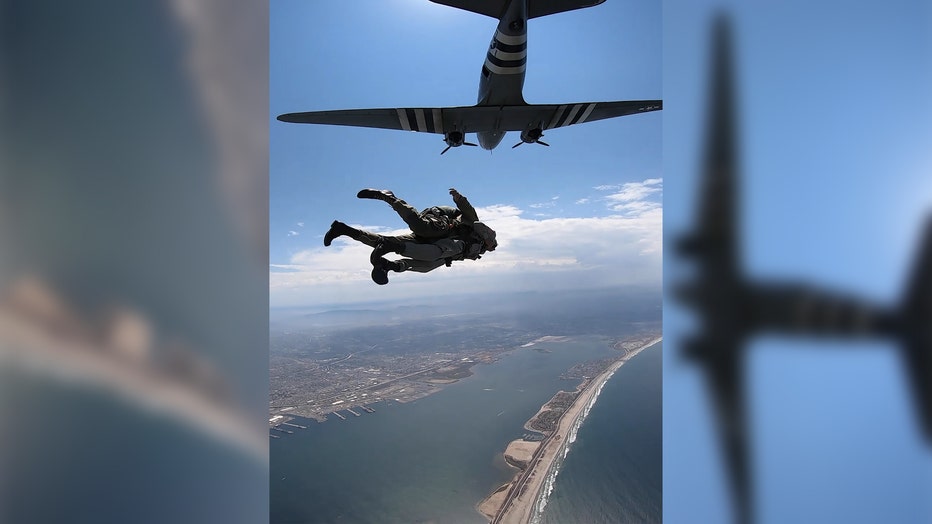 "His first experience in combat was parachuting into the dark flak-filled skies above Normandy—dropped at 160 mph as the pilots of his C-47 tried to evade the enemy fire. Needless to say, he and his comrades were scattered everywhere including one man who ended up in the ocean but who was able to swim to shore. Three months later Mr. Rice parachuted into Holland and then served in Bastogne where he was severely wounded. Nothing, though, could keep him from joining his unit. He managed to get back just in time for the capture of Hitler’s Eagles Nest and seeing the end of the war," the WWII Airborne Demonstration Team said.

Once the war was over, Rice got his degree at San Diego State University. He taught social sciences and history for almost 44 years in California and he wrote a memoir titled "Trial by Combat: A Paratrooper of the 101st Airborne Division Remembers the 1944 Battle of Normandy," which was published in 2004, according to WWII Airborne Demonstration Team.

Video taken by Operation Call-To-Service shows Rice taking the plunge over blue waters. Rice appeared unfazed as he fell for a few minutes before his partner pulled their parachute free. 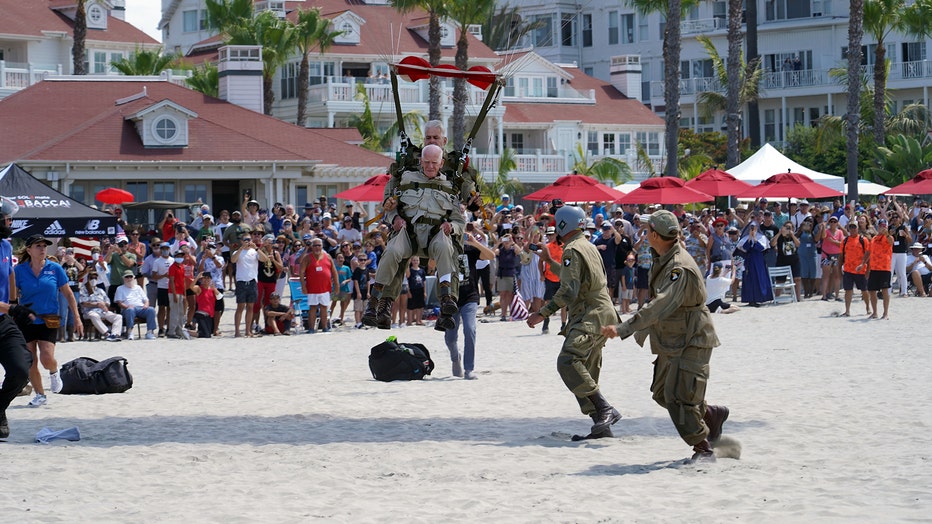 Rice and his co-pilot stuck a perfect landing and both were greeted by friends and family who were awaiting Rice’s arrival in front of Hotel del Coronado, according to Fox 5 San Diego.

"It’s unbelievable what you can view from up there," Rice told Fox 5. "We do a lot of maneuvering up there. That was a lot of fun."