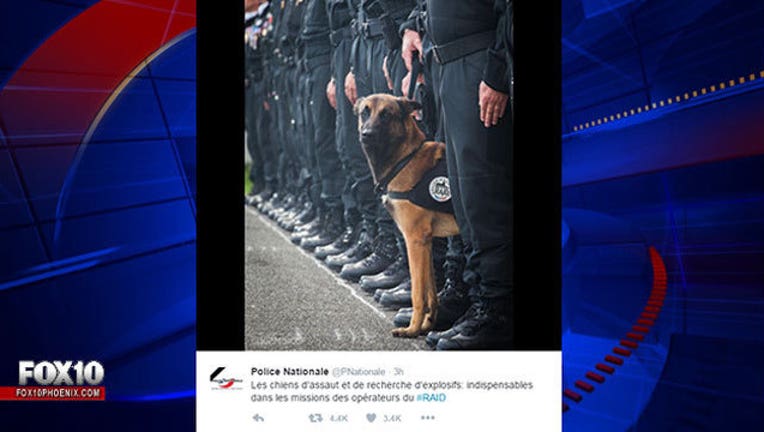 SAINT-DENIS, France (KSAZ) - The world is mourning the loss of a police dog who was killed during the counter-terrorism raids in a Paris suburb.

French officials have confirmed that Diesel was killed by terrorists in the Saint-Denis raids. Police were targeting the suspected mastermind of the Paris attacks and as a result, raided Saint-Denis apartments.

Officials say Diesel was one of many assault and explosives search dogs used in raids and these animals are "indispensable" when it comes to the operations of these raids.