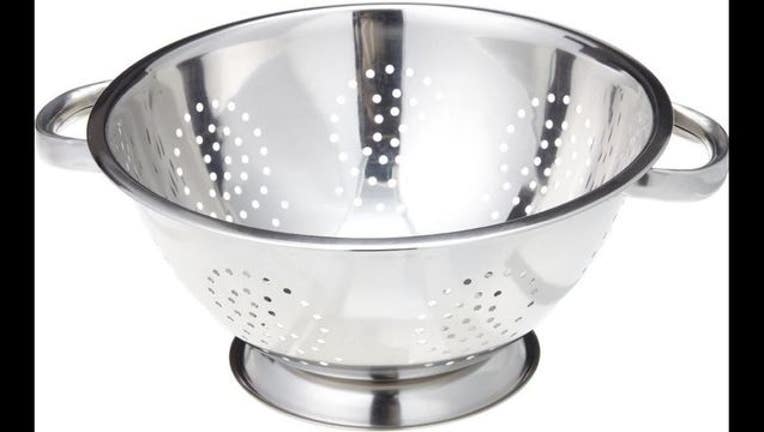 MADISON, Wis. (AP) — A Madison man has won his fight to wear a pasta strainer on his head for his driver's license photo.

The state wasn't too keen about Michael Schumacher's desire to wear the colander on his head for the photo. Schumacher got an attorney involved and the state granted his request, but told him to tip the strainer back so his full face could be seen.

Schumacher's attorney, Derek Allen, says it's a First Amendment issue because it involves the Church of the Flying Spaghetti Monster. He says similar cases have been resolved in favor of Pastafarians in Utah, Texas and Massachusetts.

Allen says it's not up to the government to decide what qualifies as a religion.