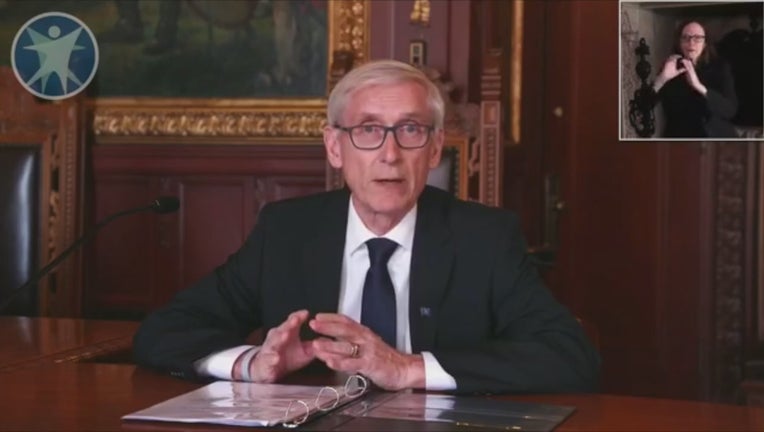 MADISON, Wis. (AP) - Wisconsin Gov. Tony Evers warned Thursday of “massive confusion” after the the state Supreme Court tossed out the Democrat’s stay-at-home order and Republicans said they may leave it up to local governments to enact their own unique rules for combating the coronavirus pandemic.

The court’s order threw communities into chaos, with some bars opening immediately while local leaders in other areas moved to keep strict restrictions in place to prevent further spread of the virus.

If Wisconsin is to have a statewide plan, Evers will have to work with the same Republicans whose lawsuit resulted in Wednesday’s Wisconsin Supreme Court ruling. After a Thursday meeting with Evers, Republican Assembly Speaker Robin Vos said the two sides may not be able to reach agreement and that a statewide policy might not be needed.

“Apparently they believe that different rules are OK,” Evers said of Republicans. “I can’t imagine another state that is in this predicament.”

“We already know that local health departments have the ability to utilize their power, which is already there to deal with those situations if they feel it’s unsafe,” Vos said.

Wisconsin is one of several states where governors have run into increasing resistance from Republican legislators over coronavirus restrictions. Democratic governors in Pennsylvania, Michigan and Louisiana have faced a mix of legislation and lawsuits aiming to curtail their power. And in Kansas on Wednesday, Republicans resisted the Democratic governor’s request to extend a disaster declaration.

It’s not clear whether any of those states will see as thorough a move as in Wisconsin, where Republican legislative leaders have long been able to count on help from the conservative-dominated state Supreme Court.

Vos said he had faith that the “vast majority” of Wisconsin businesses would act responsibly and open with precautions, such as ensuring customers keep at least 6 feet (2 meters) away from each other.

That wasn’t the case at some bars Wednesday night. Nick’s Bar in Platteville, in far southwest Wisconsin, posted a 30-second video that showed it teeming with people without masks. Bars in Appleton and Kaukauna in northeast Wisconsin also were packed.

The party may be short-lived in Appleton, where an order took effect at 8 a.m. Thursday continuing the state’s “safer at home” order. Other communities were taking similar steps, including Racine, Kenosha County and Brown County, home to Green Bay.

The Wisconsin Supreme Court struck down Gov. Tony Evers' coronavirus stay-at-home order extension Wednesday. The ruling essentially reopens the state, letting businesses like bars and restaurants open and lifting caps on the size of gatherings. (May 14)

In Dane County, home to the capital of Madison, officials imposed a mandate incorporating most of the statewide order until May 26. Milwaukee health officials said a stay-at-home order they enacted in late March remains in effect and does not have an end date.

Tom Diehl, president of the Association of Wisconsin Tourism Attractions, runs the Tommy Bartlett Exploratory and water ski show in Lake Delton in Sauk County, one of the state’s tourist destinations.

Next week, he plans to open an indoor attraction featuring some 175 interactive exhibits, including a mock-up of a Russian space station capsule. Diehl said he will have hand sanitizer available and ask visitors to keep their distance from each other.

Steven Whitehurst, 29, of Waukesha, a Milwaukee suburb, went to a sit-down restaurant Thursday for the first time in two months.

“It was super surreal, I won’t lie,” he said. “It didn’t feel real or right, but it also felt very comfortable.”

Not everyone was moving quickly to reopen.

Wisconsin Restaurant Association Chairwoman Joanne Platzkill, co-owner of Za 51 Pizzeria and Draganetti’s Ristorante in Altoona in Eau Claire County, said she will continue offering only takeout for now. It will take time to bring back laid-off workers, rearrange seating to accommodate social distancing guidelines and order more food. Outdoor seating may open next week at 25% capacity, she said.

“The light switch went off when the (stay-at-home) order was in place and we can’t flip it back on easily,” she said. “Honestly, I don’t think it will ever be the same as it was. ”

Wisconsin tribes will keep their casinos closed at least through May 26, Shannon Hosley, president of the Stockbridge-Munsee Band of Mohicans and the Great Lakes Inter-Tribal Council, said.

The Wisconsin ruling drew praise from President Donald Trump, who called it a “win” in a Twitter post on Thursday and added: “Its Democrat Governor was forced by the courts to let the State Open. The people want to get on with their lives. The place is bustling!”

Evers had been slowly easing restrictions as the percentage of new cases dropped and other Tometrics that were a part of his reopening plan were met. As of Thursday, Wisconsin had more than 11,200 confirmed cases of COVID-19 and 434 deaths, according to the state Department of Health Services.