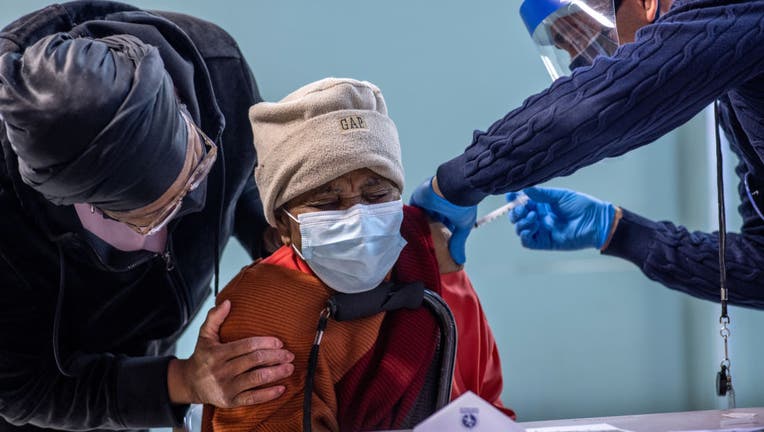 "With the 6am cut off, the total would have been 2.98m, more COVID shots than any country has administered on any day in this crisis — a world’s best record," Chief of Staff Ronald Klain tweeted.

Klain’s tweet was in response to a Bloomberg reporter’s tweet explaining that the federal government’s latest reported number of daily doses, at 4.6 million, was misleading.

"The boring answer: It's a one-time methodological bump from a later-than-usual CDC data pull that sucked in more data than usual," the Bloomberg reporter posted.

According to the Centers for Disease Control and Prevention, more than 37.4 million Americans have been fully vaccinated against COVID-19, representing more than 11% of the total population in the U.S.

RELATED: Biden directs states to make all adults eligible for COVID-19 vaccine by May 1

President Joe Biden has directed his administration to order another 100 million doses of the Johnson & Johnson coronavirus vaccine, growing a likely U.S. surplus of doses later this year while much of the rest of the world struggles with shortages.

Even before Wednesday’s order, the U.S. was to have enough approved vaccine delivered by the end of May to cover every adult and enough for 400 million people total by the end of July. Enough doses to cover 200 million more people are on order should vaccines from AstraZeneca and Novavax receive approval from the Food and Drug Administration. The new J&J doses, which would cover another 100 million people, are expected to be delivered in the latter half of the year.

Biden has also ordered states to lift qualifications for vaccinations by May 1 and expand the number of places and categories of people who can give shots. His aim: let Americans gather at least in small groups for the Independence Day holiday.