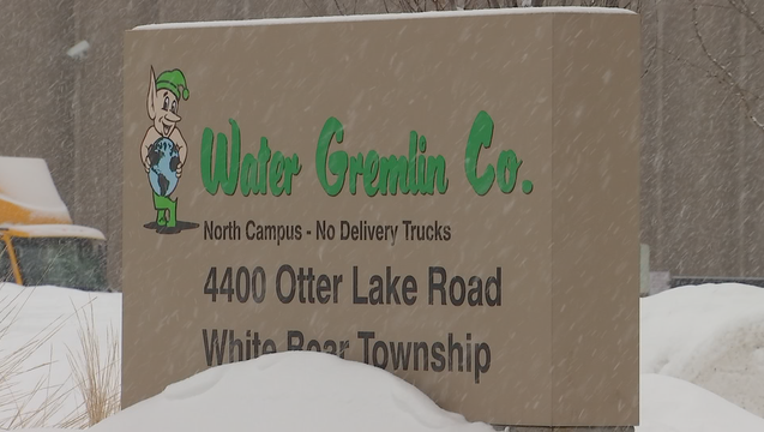 The lawsuit says the MPCA refused to release data about the manufacturing company that was allegedly polluting the area’s air.

The MPCA asked Water Gremlin to halt its coating operations using the chemical FluoSolv last week, but the company countered with only a temporary shutdown addressing just some of the MPCA’s concerns, the MPCA said.

Now, the agency is “weighing all options to get Water Gremlin to comply with these new concerns.”

In January, the MPCA found the company inaccurately reported emissions data for more than 15 years and the company agreed to a more than $7 million penalty, one of the largest air pollution fines in state history.

“Not only was this a permit violation, it put people’s health at risk,” said Laura Bishop, the MPCA Commissioner in March. “This should not have happened.”

Also, the company must pay for environmental projects. In all, the fines add up to $7 million.

The settlement also requires Water Gremlin to no longer use trichloroethylene in its manufacturing processes and it has also agreed to plant 1,500 trees in public spaces around White Bear Lake, Gem Lake and White Bear Township.

Based on air flow models, the Department of Health created an area of concern map around the facility.

“What we’re concerned about is that the community was exposed for this period of time that could have increased their risk for these health outcomes that associated with TCE,” said Jim Kelly, of the Minnesota Department of Health.

TCE did not appear in any surface or ground water supplies in homes around the plant as of March, but the MPCA placed air monitors around Water Gremlin to check for more chemical releases.

At least one resident says she was satisfied with the MPCA's steps back in March.

“To me, it sounds like the Pollution Control Agency is going to be doing a much better job of monitoring air,” said Jan Hubinger, a resident. “I had some concerns about the water, but they have been testing the water. They are going to test the individual homeowner wells, so I’m feeling OK.”

The air monitoring will continue through at least 2024 to make sure Water Gremlin stays in compliance.

The fine against Water Gremlin is the second largest air pollution fine in state history. The largest fine, of $8 million, was against the Pine Bend Refinery.