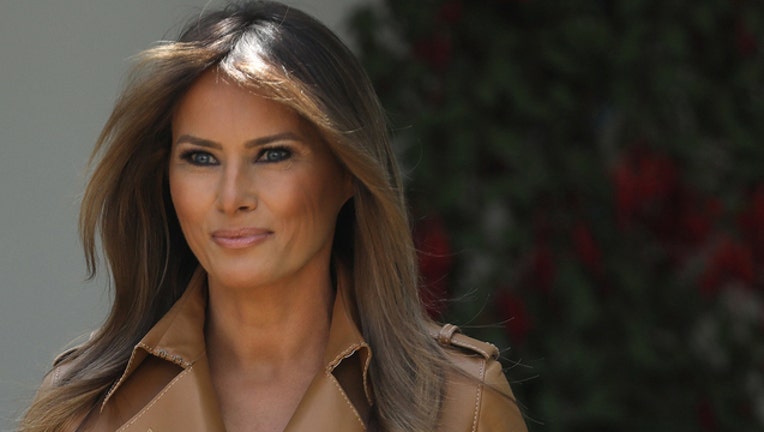 U.S. first lady Melania Trump arrives in the Rose Garden to speak at the White House May 7, 2018 in Washington, DC. (Photo by Win McNamee/Getty Images)

WASHINGTON, D.C. (Fox 32 News) - First Lady Melania Trump has not been seen in public for 24 days, and now there is word she will not be attending the G7 summit in Quebec or the North Korean summit in Singapore.

The White House had said gave no official reason for Melania Trump not going on this trip. ABC News reported that Mrs. Trump will not attend the two summits.

Mrs. Trump was last seen in public on May 10. The White House said that Melania Trump had surgery for a "benign kidney condition" on May 14.

On May 30, an update on Melania Trump's Twitter account read, “I see the media is working overtime speculating where I am & what I’m doing. Rest assured, I’m here at the @WhiteHouse w my family, feeling great, & working hard on behalf of children & the American People.”