Five were killed at 48 others were injured, including children, after police say 39-year-old Darrell Brooks drove through a police barricade and then barreled through the Waukesha Christmas Parade.

WAUKESHA, Wis. - The chaos at Waukesha's Christmas Parade on Sunday, Nov. 21 has resulted in five deaths and 48 injured. The theme of this year's parade was "Comfort and Joy," but it has been anything but the last 24 hours in Waukesha.

Sunday's parade began at 4 p.m. at Main and Whiterock. Thirty-nine minutes in, a red 2010 Ford Escape can be seen speeding through the crowd.

"That image is just stuck in my head like you see the car hit... it's horrible. I feel like I can hear the screams, said Kaylee Staral.

Staral says she can't quite wrap her head around Sunday's attack at the Christmas parade in downtown Waukesha.

The Marquette University junior was there with her family who just moved to the city this summer.

"You just hear a bunch of screaming. And like the first thought is maybe it's Santa Claus, right? Maybe Santa's at the end of the parade and he's coming down and people are excited. But it's very clear, very quickly, that it's not," she said.

Video from main street Sunday showed the aftermath of a crowd in chaos, bag chairs abandoned, parents carrying their children away to safety, as first responders established a perimeter around their crime scene. 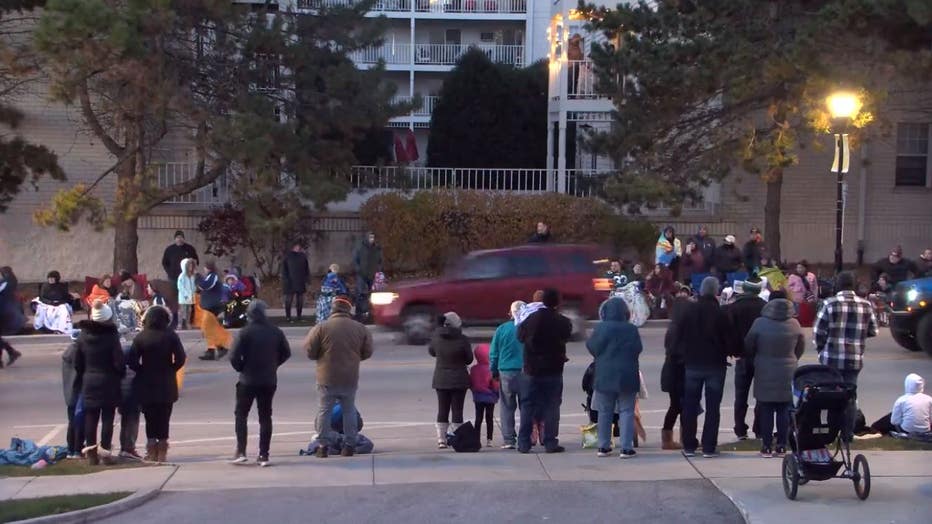 This still image from a live video of the holiday parade in Waukesha, Wisconsin, shows a red vehicle speeding along the route. 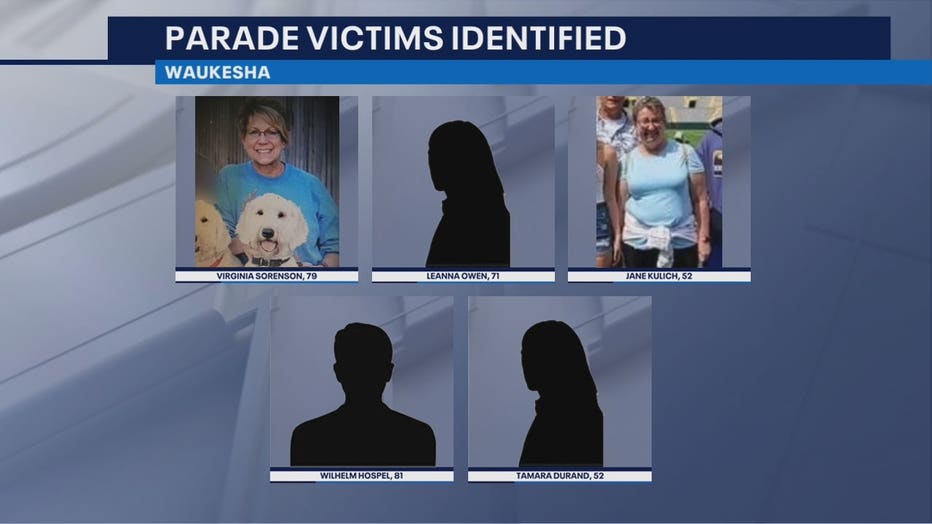 The dead range in age from 52 to 81 years old. The victims include:

Forty-eight others were injured, including children, after police say 39-year-old Darrell Brooks drove through a police barricade and then barreled through the parade around 4:45 Sunday.

"Two of the 48 are children and they are in critical condition," said Waukesha Police Chief Dan Thompson.

"We actually had a squad and barricades up – he drove right through the barricades and officers," Thompson said.

An officer fired at the rouge SUV, trying to stop it as it left the route. Brooks has numerous violent past felonies. Investigators say Brooks was involved in a domestic disturbance minutes before the crash. 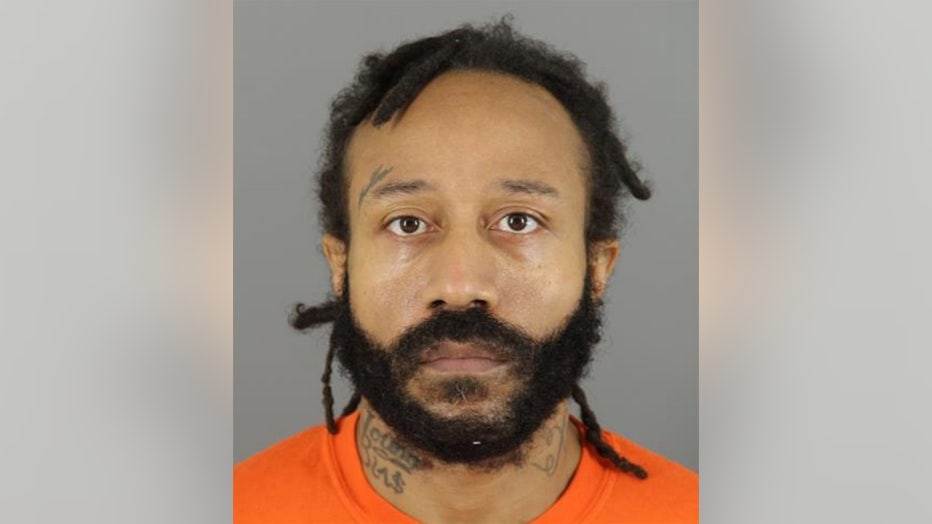 "Was there an initial complaint of a knife being involved?  Yes.  Do we know if there was actually one there? We don’t know. We didn’t even make it there," Thompson said.

The SUV was later found blocks away from the parade – heavily damaged and backed into a driveway on Maple Avenue.

"What I saw out of chaos and tragedy was heroes. First responders and community coming together and working together on triaging victims," Thompson said. 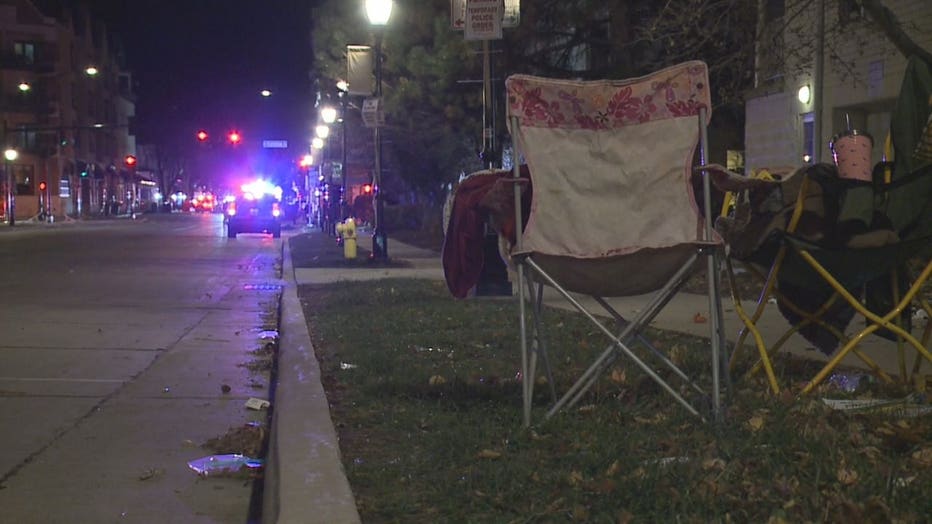 Those streets have since reopened – and belongings left behind have been gathered and removed.

Waukesha schools were canceled Monday – and for the rest of the week at Carroll University. Both are making counselors available to students.

Brooks will make his initial appearance in court tomorrow.

The hearing is scheduled for 4 p.m. He's expected to face five counts of intentional homicide in addition to several other charges. 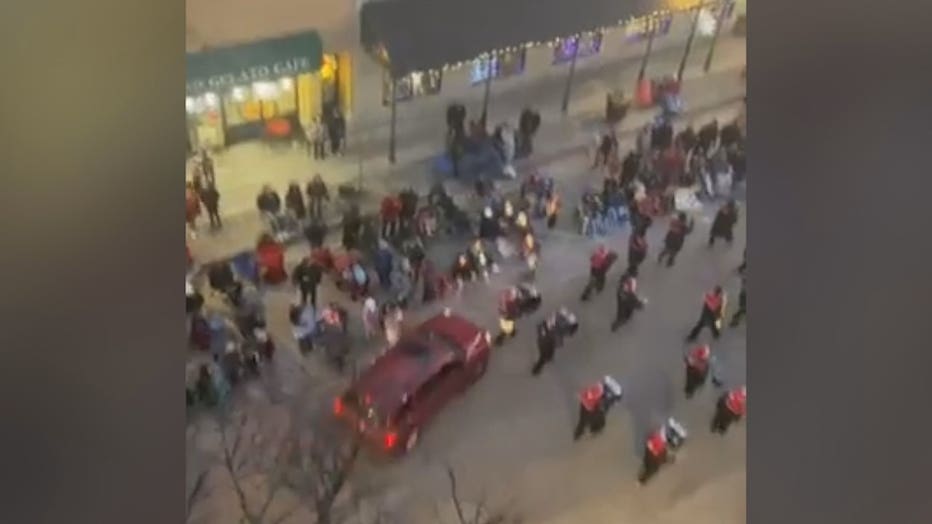 "Below is the summary of pending charges against Mr. Darrell Brooks:

On July 27, 2020, the Milwaukee County District Attorney’s Office issued two counts of Second  Degree Recklessly Endangering Safety and Felon In Possession of a Firearm in case  2020CF002550. Cash bail was originally set at $10,000 and subsequently reduced to $7,500.  Unlike some other states, Wisconsin requires payment for the full amount of bail set in any criminal case.

On November 5, 2021, the Milwaukee County District Attorney’s Office issued against Mr.  Brooks charges of Second Degree Recklessly Endangering Safety, Felony Bail Jumping, Battery,  Obstructing an Officer and Disorderly Conduct in case 2021CF004596. The most recent case against Mr. Brooks was appropriately charged. The State made a cash bail request in this case of  $1,000, which was set by the court. The defendant posted $1,000 cash bail on November 11,  resulting in his release from custody.

The State’s bail recommendation in this case was inappropriately low in light of the nature of the recent charges and the pending charges against Mr. Brooks. The bail recommendation in this case is not consistent with the approach of the Milwaukee County District Attorney’s Office toward matters involving violent crime, nor was it consistent with the risk assessment of the defendant prior to setting of bail.

This office is currently conducting an internal review of the decision to make the recent bail recommendation in this matter in order to determine the appropriate next steps." 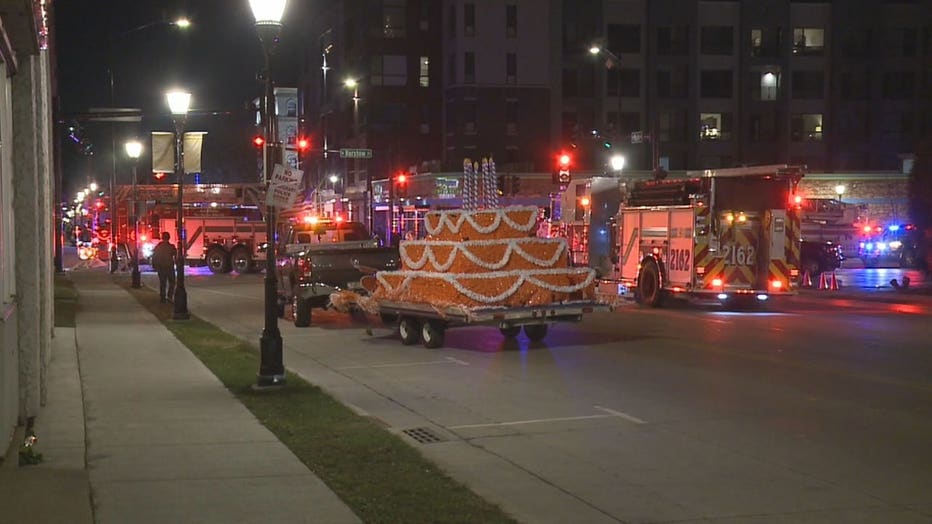 "Milwaukee shares its deepest condolences with our neighbors in Waukesha. Yesterday should have been a time of seasonal joy. Instead, we are all praying for the injured and mourning those who were killed."

"The whole world is watching the tragedy which just took place in Waukesha, Wisconsin, it is devastating, horrible, and very very sick! My heart goes out to the people of this great, beautiful, and hardworking community. We must find the answers to this terrible crime, and stop these violent and depraved acts from happening again. I am with you Waukesha, and always will be!"

"What happened last night at the Waukesha Christmas Parade was an incomprehensible tragedy. In a time when so many traditions and activities have changed or been put on hold, the Waukesha Christmas Parade was an opportunity for our community to celebrate together. My heart aches for all of the families that are forever impacted by this senseless act.

My thoughts and prayers are with the victims, their families, and everyone who witnessed the tragedy that happened last night in downtown Waukesha. I am grateful for the first responders in Waukesha and the surrounding communities that so quickly came to the scene. I am grateful for the bystanders that helped their fellow community members who were injured. I pray that our community does not experience anything like this ever again.

There are many ways to support our community at this time. If you would like to be of help, please consider donating blood (donate.wisconsin.versiti.org/donor/schedules/centers) or (redcrossblood.org/give.html/find-drive) or contributing to the "United for Waukesha Community Fund" which will support the needs of the families impacted by this incident (waukeshafoundation.org/parade).

"What happened in Waukesha yesterday was a tragedy. Communities across our state deserve the peace of mind to participate in beloved holiday traditions without fear, and that peace was shattered in Waukesha yesterday afternoon by this senseless act of violence. While we still don’t have all of the facts about what led to yesterday’s horrific events, what is clear is that all of those touched by yesterday’s tragedy are reeling, and we must do everything we can to support them and the entire Waukesha community as they heal from these unimaginable events."

Yesterday afternoon at around 4:39pm, a red SUV broke through a barrier and plowed into Waukesha community members participating in the city’s annual Christmas parade, killing five and leaving over 40 more with injuries. Yesterday evening, Waukesha police were able to recover the SUV used in the incident and take a person of interest into custody, though police have not yet announced any specific motivations in the case.

"While information continues to come together around what events or motivations led to this tragedy, we owe it to the victims and the greater community not to speculate, but to leave the hard work of investigating this crime up to Waukesha police.

My sincere thoughts and prayers are with the victims and their families, and I pray that they find peace in this difficult time. I also want to encourage my fellow community members to attend one of the vigils being organized in Waukesha this evening to show support and strength to victims and the community, to donate blood through the Red Cross or Versiti in this time of heightened need, or, if able, to donate to one of the local funds for victims of this tragedy and their families. And for anyone experiencing emotional distress as a result of this tragic act of violence, help is available - you can call or text the Disaster Distress Helpline at 800-985-5990 at any time to be connected to a trained counselor.

Our Wisconsin communities are strong, and with love, empathy, and care, we will get through this tragedy together."