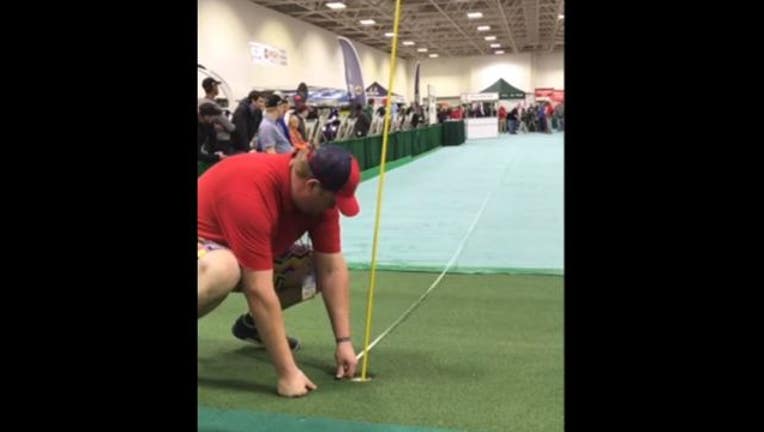 It cost golfers $5 for three tries, with the winners of a qualifying round returning Sunday afternoon for the grand prize event.

Organizers said it was the first time in the event's 28-year history that someone's made the winning putt.