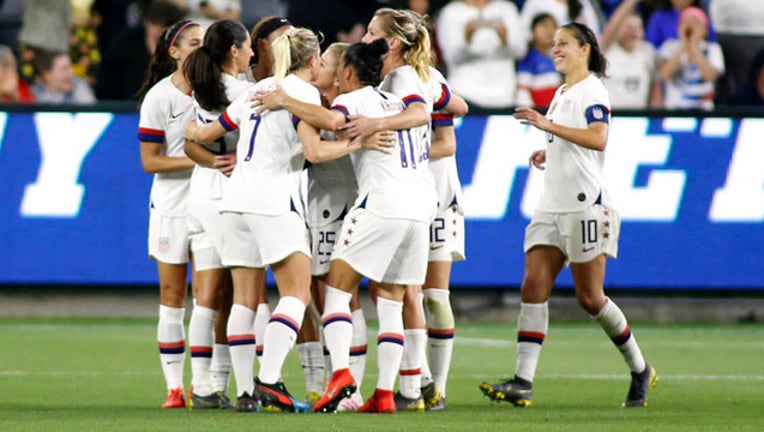 (FOX 9) - The 2019 FIFA Women’s World Cup kicks off Friday and there is no shortage of places in the Twin Cities to watch the United States go for back-to-back titles with your fellow women's soccer fans.

The new home of Major League Soccer in Minnesota, Allianz Field, will open its Brew Hall early for USWNT matches, starting with their first match on Tuesday, June 11.

The Trailhead, a new multipurpose facility in Theodore Wirth Regional Park in Minneapolis, will be showing all 52 matches of the Women’s World Cup on a projector screen in their public gathering space.

Brit’s Pub, one of the go-to places to watch any soccer match, will be showing most USWNT matches on the big outdoor screen on their rooftop deck.

La Doña Cervecería, a new brewery in Minneapolis’ Harrison neighborhood, is already making a name for itself in the local soccer community with their own turf field that hosts 3v3 leagues. In addition to showing all the matches, they are also hosting the Women’s World Cup Street Fair on Sunday, June 16. The event begins with the USWNT match vs. Chile at 11 a.m. and runs until 5 p.m., with pick-up games, food, drinks and live music.

Other places to catch the matches include Black Hart of St. Paul, a self-described LGBTQ+ soccer bar near Allianz Field, the beer garden at Surly Brewing Company, The Local, (both locations) and Part Wolf, formerly known as the Nomad World Pub.

The tournament begins Friday, June 7 and concludes with the final on July 7. If you choose to watch the matches from the comfort of your own home, all the games will be shown on either FOX or FS1 and streaming on the FOX Sports App.