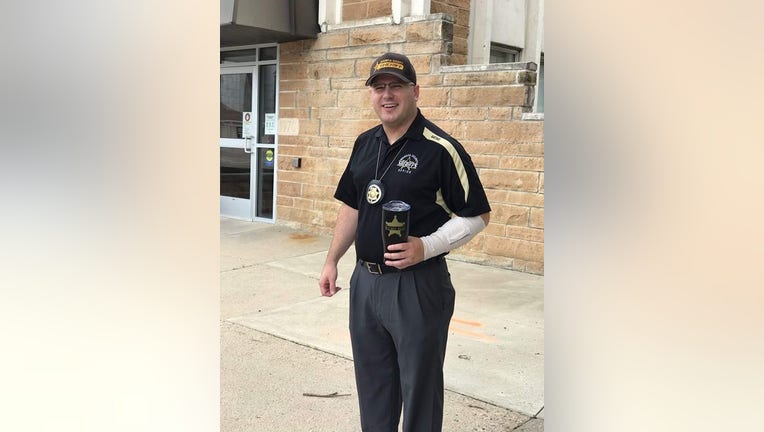 Deputy Josh Langr had his first day back at work after he was shocked by a power line while on duty in October 2019. (Waseca County Sheriff's Office)

Tuesday marked Deputy Josh Langr's first day back. He is on modified duty with plans to eventually return to active, full-time duty in the "near future," according to the update posted on Facebook.

On Oct. 24, Langr was responding to a fatal car crash when he came in contact on a downed power line. An estimated 1,300 volts entered through his head and out through the sides of both his feet.

"I got too close and it arched and threw me about 10 feet," Langr explained to FOX 9 in an interview in November. "The amperage was insane. A taser is 3.5 milliamps and I took 200,000 milliamps roughly. It’s really staggering that I’m still walking."

After he was shocked, responders airlifted him to Hennepin County Medical Center, where he had two at least graft surgeries.

"It's exciting to see he's made so much progress and is healing nicely," read the update on the Waseca County Sheriff's Office Facebook page. "He's maintained such a positive attitude through all of this and said today that he is excited to get back to patrol duties in the near future."