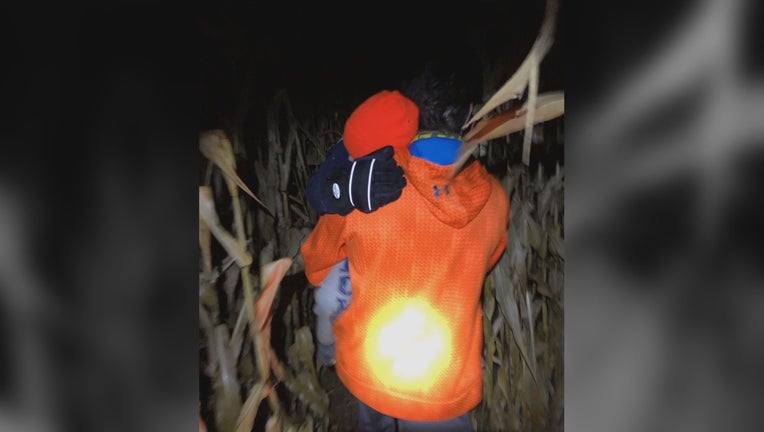 Rescue crews carry Ethan after finding him in the cornfield early Wednesday morning.

BECKER, Minn. (FOX 9) - A six-year-old Minnesota boy is home safe on Wednesday after he went missing Tuesday but was located thanks to hard work by law enforcement, local leaders, and hundreds of members of the community.

Tuesday, officials reported six-year-old Ethan Haus had disappeared after coming home on the bus in Becker, Minnesota. Police say Ethan went to his house after being dropped off and left with his loyal dog Remmie.

The 6-year-old went missing after school Tuesday and was found around 3 a.m. thanks to some technology, hundreds of volunteers and a community's will to bring the boy home.

For the next 10 hours, all Ethan and Remmie had was each other. They ended up lost in a cornfield, about a mile and a half from home.

"I was sitting at home, saw it on Facebook, and something in my gut said 'you got to go,'" said Jared Crimano. 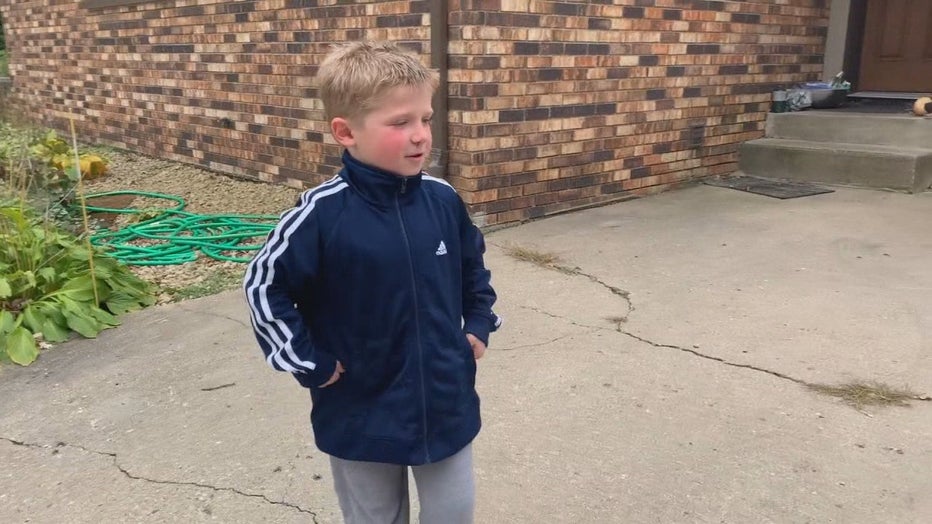 Ethan is safe and sound after his scary disappearance.

Joining hundreds of other volunteers searching the cornfield for three hours, they looked until they heard something.

"We just happened to stop," said Weaver. "The entire line stopped. The wind died down and that’s when I heard a dog whimpering off in the distance."

They called for the search drone equipped with thermal imaging technology to fly over to their area.

"I hear like this whistle," said Weaver. "All of a sudden we heard the kid calling back out to us and I just kicked her into high gear."

"He was definitely happy to see us," said Weaver. "The first thing he said to us was 'thank you for finding me.' That right there was just awesome to us."

A photo snapped at the scene showed the moments after Jesse picked Ethan up and started carrying him to safety.

"Everyone was high fiving each other, cheering so it’s definitely a feel good thing," Weaver recalled. 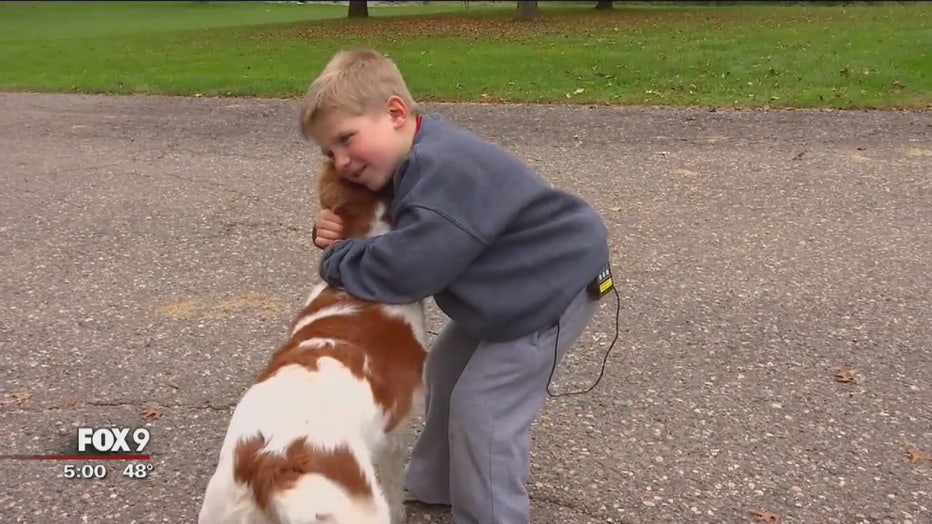 But, along with members of the community, first responders and local leaders were also heading up the rescue effort.

"Approximately five minutes to 5 p.m., we got toned out for an agency assist," said Clear Lake Fire Captain Matthew Lunser.

"Once we start getting a gist of the scope of how big this is becoming," said Lunser. "We start looking for other resources."

Those resources included other local fire departments, police, the sheriff’s office, and FBI. Then, there were the volunteers. Hundreds and hundreds of them; in total, more than 700 people showed up to help find six-year-old Ethan Haus and his dog Remmie.

They were register at Palmer Township Hall then loaded on buses to the search scene to help out in the elements for hours. Then, just before 2 a.m., the news came that Ethan and Remmie had been found in the cornfield, a mile and a half from home.

"Every once in a while, something like this happens where it’s a bigger picture moment," said Lunser. "And it’s really what it’s all about."