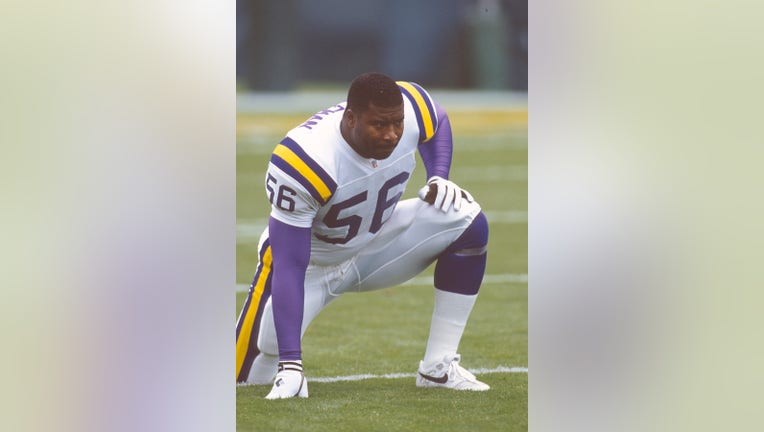 UNSPECIFIED - CIRCA 1992: Chris Doleman #56 of the Minnesota Vikings warms up during pregame warmups prior to the start of an NFL football game circa 1992. Doleman played for the Vikings from 1985-93 and in 1999. (Photo by Focus on Sport/Getty Images (Getty Images)

For 15 seasons, he tormented quarterbacks as one of the NFL's most feared defensive ends.

Late Tuesday night, Minnesota&nbsp;Vikings great Chris Doleman passed away, the team announced on Twitter. He was 58.

An eight-time Pro Bowler, Doleman spent 10 seasons with the Vikings amassing a league high 21 sacks in 1989. Doleman finished his NFL career with 150.5 sacks, including eight in his final season with the Vikings in 1999.

After being drafted by the Vikings in 1985 and spending his first nine seasons in Minnnesota, Doleman spent two years with the Atlanta Falcons and three seasons with the San Francisco 49ers before returning to the Vikings for his final NFL season. 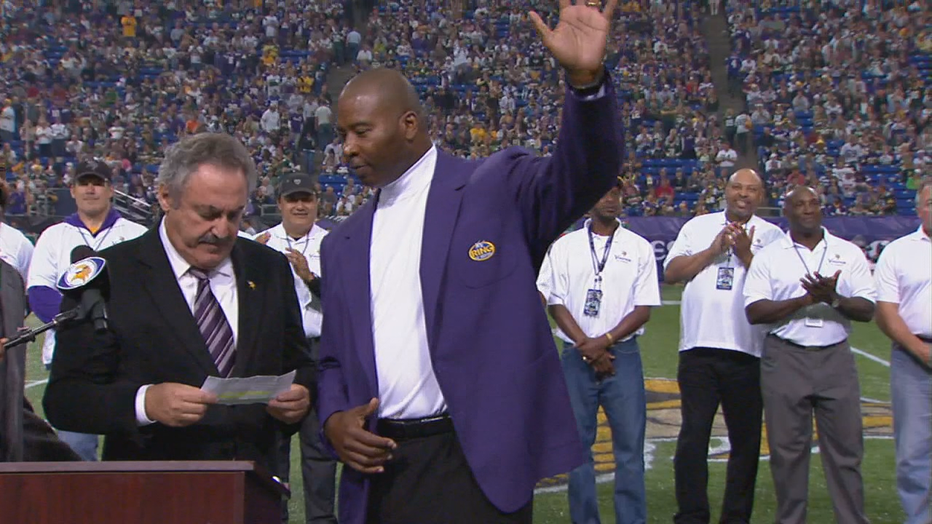 Chris Doleman being inducted into the Vikings Ring of Honor

"The Minnesota Vikings express our deepest sympathies to Chris Doleman's family and friends upon his passing. Chris was a great example for players past and present, as he embodied all the best characteristics of Viking relilience, toughness, and competitive spirit. Chris always carried himself with dignity and class. Vikings fans worldwide will greatly miss him," The Vikings and the Wilf family said in a statement.

Former Minnesota Vikings player Chris Doleman, one of the NFL's great defensive ends, has died at the age of 58.

No cause of death was reported. In 2018, he was diagnosed with brain cancer and had a tumor removed. Doleman posted on Twitter as recently as Sunday that he was celebrating two years of being a brain cancer survivior.