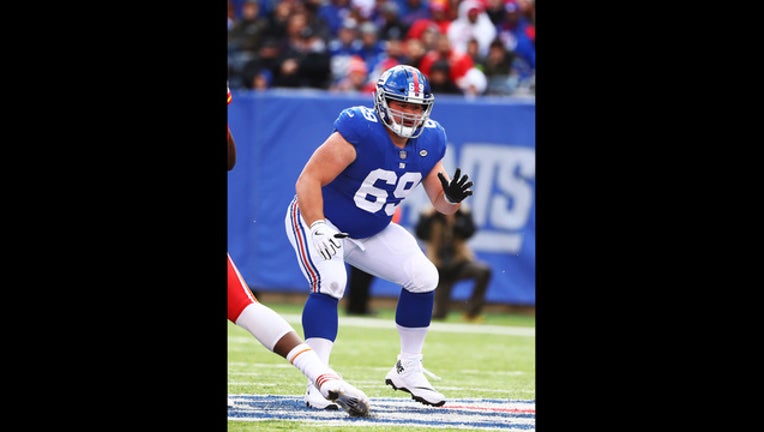 EAST RUTHERFORD, NJ - NOVEMBER 19: Brett Jones #69 of the New York Giants in action against the Kansas City Chiefs during their game at MetLife Stadium on November 19, 2017 in East Rutherford, New Jersey. (Photo by Al Bello/Getty Images)

EAGAN, Minn. (KMSP) - Center Brett Jones is on his way to Minnesota after the Vikings acquired him a trade Sunday.

Jones, a Saskatchewan native, is a fourth year pro out of the University of Regina in Canada. Most recently, he started 14 games with the New York Giants, appearing in 30.

According to a release from the Vikings, Jones was a standout in the Canadian Football League helping the Calgary Stampeders to a Grey Cup title in 2014. Jones was named an all-star in 2014 as well.

In 2014, he was named the CFL’s Most Outstanding Offensive Lineman and joined the Giants in 2015.

In exchange for Jones, the Vikings traded an undisclosed draft pick.