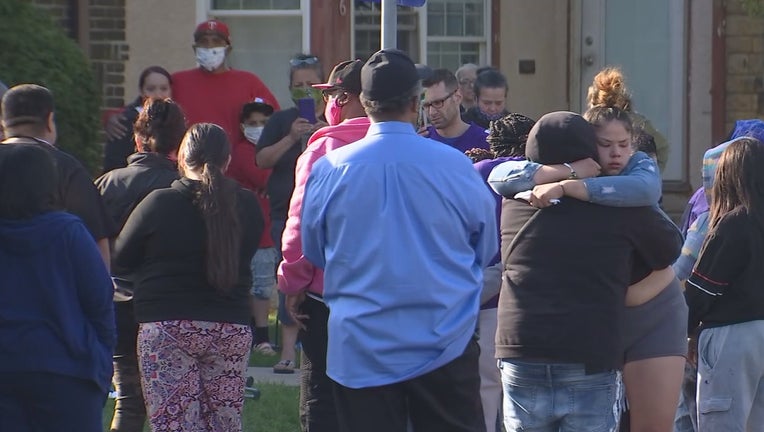 A vigil was held for Arionna Buckanaga, who was shot Monday night in south Minneapolis. (FOX 9)

MINNEAPOLIS (FOX 9) - A prayer vigil took over a street corner in south Minneapolis Wednesday night, as a shooting victim continues to fight for her life.

The family of Arionna Buckanaga was joined by peace activists near Cedar Avenue South and 38th Street East, where crime tape was still visible from the incident two days before.

Minneapolis police say the 18-year-old was in a car Monday night when she was hit by gunfire. The car ended up crashing a short time later. Officials say she was in “grave” condition.

Those at the vigil called for the senseless violence to stop.

“Long before the virus came to town we had our own virus here: gun violence,” said KG Wilson, an activist. “So many women have been shot in the last six months due to gun violence. It hasn't stopped. It continues to go on. Even when coronavirus is gone, we will still have this going on here.”

Police continue to look for suspects in the case. Anyone with information is asked to call CrimeStoppers.