Video from the homeowner’s Ring camera captured the meaningful gesture on Dec. 12 in Michigan. Credit -Amanda LeCureaux via Storyful

DETROIT - An Amazon delivery driver stopped to salute the home of an active Air National Guard member in Michigan after spotting a U.S. Air Force sign on the family’s porch.

Video from the homeowner’s Ring camera captured the touching moment on Dec. 12 in New Baltimore, Michigan, a suburb of Detroit.

It shows the driver dropping off a package and snapping a photo for proof of delivery. The person then rings the doorbell and starts heading back to their delivery vehicle.

The video then shows the driver quickly turning to face the home and saluting, before continuing on with their route. 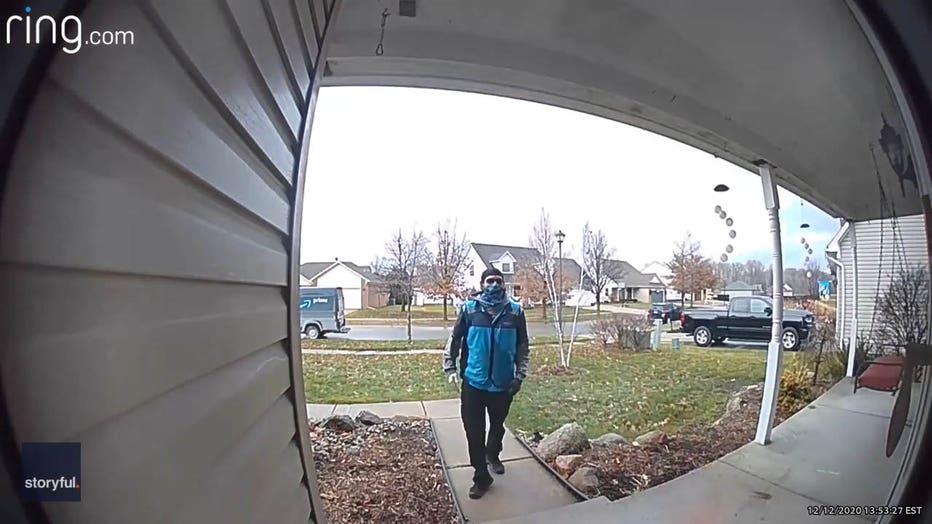 Homeowner Amanda LeCureaux told local news media that she received a notification on her phone from her Ring camera and noticed the gesture.

She later told Storyful her husband has been an active Air National Guard member for 13 years.

LeCureaux said they were “honored” by the driver’s meaningful gesture.