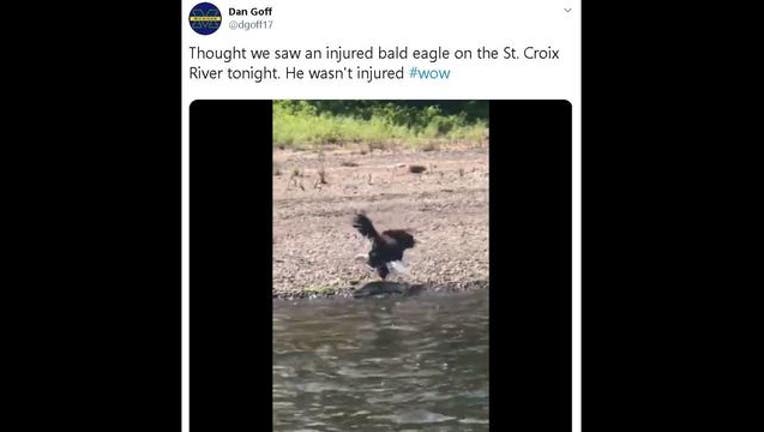 (FOX 9) - A St. Paul, Minnesota resident's video of a bald eagle catching a muskie on the St. Croix River has gone viral.

Dan Goff posted the video on Twitter Wednesday night. He said he initially thought the bald eagle was injured.

In the video, the eagle is seen floating on top of the water with its wings out. It eventually uses its wings to swim to shore, where it drags a massive muskie out of the water and begins to devour it.