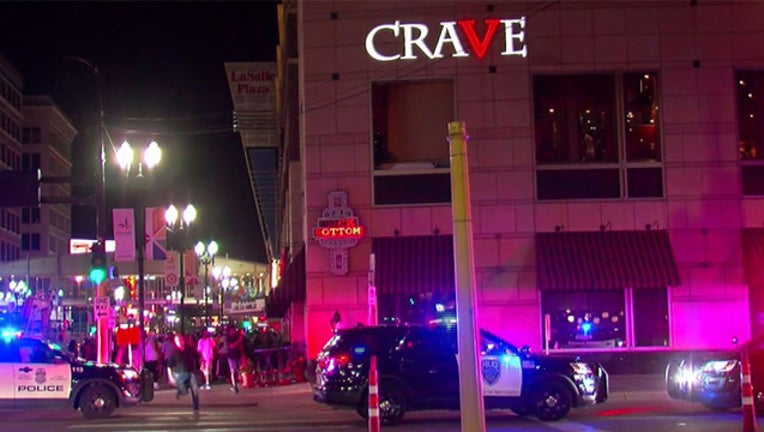 MINNEAPOLIS (FOX 9) - The man who was injured in a shooting at a sushi bar in downtown Minneapolis is facing charges for a separate incident in June.

Twenty-eight-year-old Demilo Martin, of Minneapolis, faces a single count of felon in possession of a firearm for a shootout in June where prosecutors say more than 50 rounds were fired in total.

On top of that, sources tell FOX 9 Martin is a suspect in at least one prior homicide.

The Hennepin County Attorney says on June 15 at 5 a.m. that Martin was involved in a shootout between apparent rival street gangs where 51 discharged cartridge casings were discovered and multiple bullet holes were found in buildings and vehicles.

On surveillance video, police say they saw Martin approach the scene and remove a semi-automatic pistol from his pocket. On the video, officers say Martin than ejected the magazine, re-inserted it, before entering a building. Police say Martin admitted to being the person in the video.

Martin suffered non-life threatening injuries after being shot early Saturday morning on the rooftop bar at Crave American Kitchen & Sushi Bar in downtown Minneapolis. A woman was also hurt during the shooting that sent other customers scrambling for an exit. Sources say police believe a social media post helped the shooter track down Martin.

The suspect was able to escape from the bar during the chaotic moments after shots were fired. No one has been charged for the attack at this time.