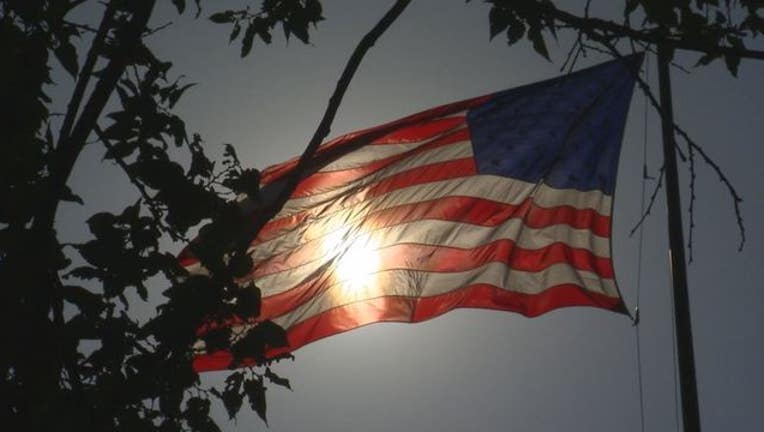 The former Army captain and Iraq War veteran had a ready reply, telling them, matter-of-factly, that she considered it a work weekend. Jaslow will be at Arlington National Cemetery on Monday to take part in the annual wreath-laying ceremony at the Tomb of the Unknown Soldier. She'll then visit Section 60, the final resting place of many service members who died in Iraq and Afghanistan.

"You can see it in people's faces that they're a little horrified that they forget this is what the day's about," said Jaslow, 34, who wears a bracelet bearing the name of a fallen comrade. "Culturally, we've kind of lost sight of what the day's supposed to mean."

While millions of Americans celebrate the long Memorial Day weekend as the unofficial start of summer -- think beaches and backyard barbecues, mattress sales and sporting events -- some veterans and loved ones of fallen military members wish the holiday that honors more than 1 million people who died serving their country would command more respect.

Or at least awareness.

"It's a fun holiday for people: `Let's party.' It's an extra day off from work," said Carol Resh, 61, whose son, Army Capt. Mark Resh, was killed in Iraq a decade ago. "It's not that they're doing it out of malice. It just hasn't affected them."

Veterans groups say a growing military-civilian disconnect contributes to a feeling that Memorial Day has been overshadowed. More than 12 percent of the U.S. population served in the armed forces during World War II. That's down to less than one-half of a percent today, guaranteeing more Americans aren't personally acquainted with a soldier, sailor, airman or Marine.

With an all-voluntary military, shared sacrifice is largely a thing of the past -- even as U.S. troops remain in Afghanistan and Iraq nearly 16 years after 9/11.

"There are a lot of things working against this particular holiday," said Brian Duffy, commander in chief of the Veterans of Foreign Wars.

"It hurts," Duffy said. For combat veterans and Gold Star families especially, "it hurts that, as a society, we don't truly understand and appreciate what the true meaning of Memorial Day is."

Jaslow's group, Iraq and Afghanistan Veterans of America, is trying to raise awareness with its (hash)GoSilent campaign, which encourages Americans to pause for a moment of silence at 3 p.m. Monday to remember the nation's war dead.

Of course, plenty of Americans already observe the holiday. At Indiantown Gap National Cemetery in Annville, about 100 miles northwest of Philadelphia, fresh flowers mark hundreds of graves, and fields of newly erected American flags flap in the breeze. Hundreds of motorcyclists thundered in for a Saturday service. By the end of the weekend, thousands of people will have come to the cemetery to pay their respects.

"This is our Super Bowl," said Randy Plummer, the cemetery's administrative officer.

Jim Segletes, 65, a Vietnam-era Marine visiting the grave of his father-in-law, a World War II veteran who died in 2000, said he thinks Americans became more patriotic and aware of military sacrifice after 9/11.

"Everyone is more in tune with veterans, more so than when I was in the service," he said.

Douglas and Rene Kicklighter, Iraq veterans at the cemetery with their 10- and 12-year-old sons, said they believe most people understand what the holiday's about. But they, too, cringe when they hear: "Happy Memorial Day."

"It's not happy," said Rene Kicklighter, 37, who retired from the Army National Guard. "It's somber. I try to flip the lens on the conversation a bit and gently remind them what it's really about."

Memorial Day, originally known as Decoration Day, was conceived after the Civil War as a way to honor the Union's war dead, with Southern states setting aside separate days to honor fallen Confederate soldiers. By the early 20th century, the holiday had evolved to honor all military members who died in service.

Some veterans say Memorial Day began to be watered down more than four decades ago when Congress changed the date from its traditional May 30 to the last Monday in May to give people a three-day weekend. Arguing that transformed a solemn day of remembrance into one associated with leisure and recreation, veterans groups have long advocated a return to May 30. For years, the late Hawaii Sen. Daniel Inouye, a World War II veteran and Medal of Honor recipient, asked Congress to change it back, to no avail.

That leaves it to people like Resh, the Gold Star mother, to spread the message.

Invited to speak to high school students in Allentown, Pennsylvania, she said she told them, "What is the true meaning of Memorial Day? Ask any Gold Star family and they'll tell you what it means. It's not about the picnics. It's about the men and women who have given their lives for this country.

"Every day is Memorial Day for us."