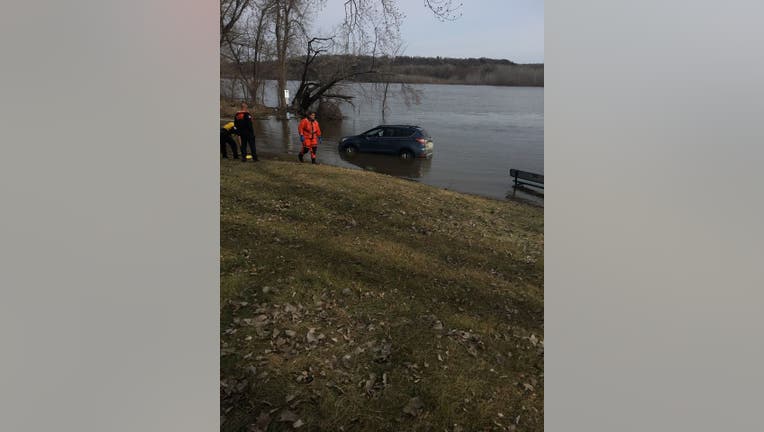 A van got stuck in the Mississippi River after trying to drive through a flooded section of road in Hastings, Minnesota. (FOX 9)

HASTINGS, Minn. (FOX 9) - A driver that attempted to drive through a flooded section of road in Hastings, Minnesota Friday had to be rescued after the current began to pull their van into the Mississippi River.

Dakota County sheriff’s deputies and crews from both the Hastings police and fire departments responded to the area to help the van. The sheriff’s office says no one was injured.

With spring flooding season underway, the sheriff’s office is reminding drivers if they see water on the road, turn around and don't drown.