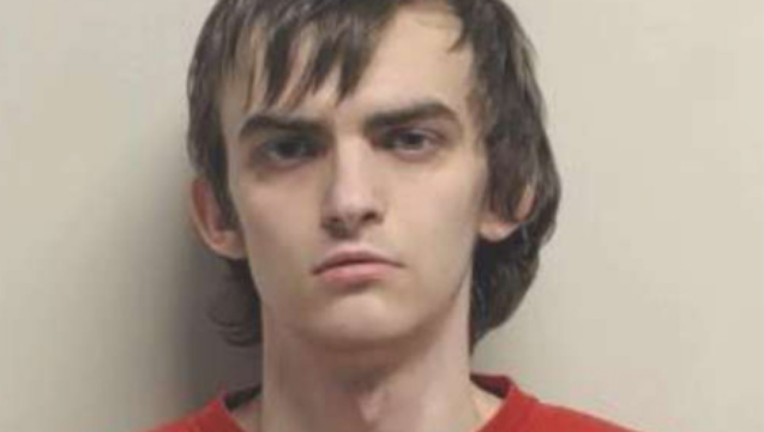 Steven Ray Becky was arrested Friday on suspicion of intentionally hitting an 11-year-old girl with his car. (Utah County Jail)

(FOX NEWS) - A 19-year-old Utah driver struck an 11-year-old girl on an electric scooter Friday, overturned the vehicle, then charged at her after the crash and said: “we all have to die sometime,” according to a witness cited in court documents.

The driver, identified as Steven Ray Becky, allegedly tried to flee the area, but a witness held him down until police arrived, the Salt Lake Tribune reported. Asked by investigators why he hit the girl, Becky allegedly said: “because she was white.”

Responding officers said the suspect’s attitude and statement to the girl led them to believe he’d intentionally hit her, the Tribune reported. Becky later admitted to being high on Xanax, marijuana, LSD and psychedelic mushrooms, according to a probable cause statement cited by Fox 13.

Police Chief John Eining told reporters Friday that the girl was pushed off her electric scooter by a 2010 Volkswagen Jetta that was driving on the wrong side of the road. The incident happened around 8:30 a.m. Friday in Draper, a suburban community about 20 miles south of Salt Lake City.

The girl suffered a head injury and a fractured hip and was taken to a hospital in serious condition, Fox 13 reported. Becky was taken into custody and charged with suspicion of attempted criminal homicide, and DUI with serious bodily injury.