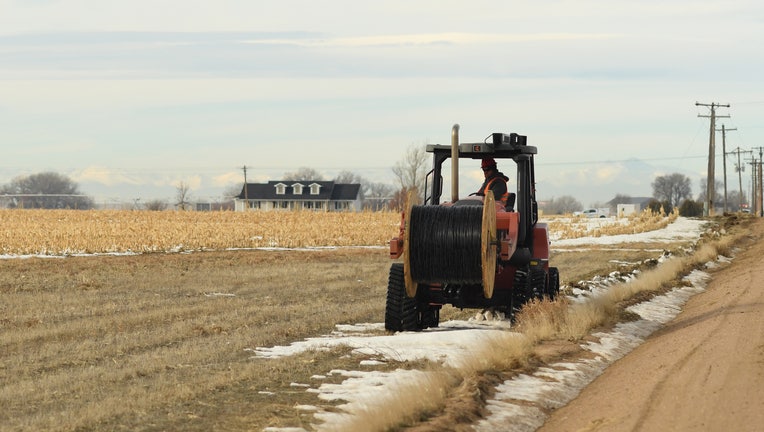 WASHINGTON - The U.S. Department of Agriculture is making available $759 million in grants and loans to enable rural communities to access high-speed internet, part of the broader $65 billion push for high-speed connectivity from last year's infrastructure law.

There are 49 recipients in 24 states. One is North Carolina's AccessOn Networks, which will receive $17.5 million to provide broadband service to 100 businesses, 76 farms and 22 educational facilities in the state's Halifax and Warren counties. Both counties are rural and have predominantly Black populations.

The announcement and visit to North Carolina, a state with an open U.S. Senate seat, come as President Joe Biden and other top Democratic officials are trying to sell their achievements to voters before the Nov. 8 midterm elections. Landrieu, the infrastructure coordinator and former New Orleans mayor, told reporters on a Wednesday call that the Biden administration has already released $180 billion for various infrastructure projects.

The administration is specifically targeting support for small towns and farm communities, places that generally favor Republicans over Democrats.

President Joe Biden discusses the Affordable Connectivity Program and a new agreement from 20 internet companies to offer all eligible households high-quality internet plans for no more than $30/month in remarks on May 9, 2022.

"Rural communities are the backbone of our nation, but for too long they’ve been left behind and they have been underrecognized," Landrieu said. "We all know how essential the internet is in order to access lifesaving telemedicine, to tap into economic opportunity, to connect with loved ones, to work on precision agriculture and so much more. That’s just beyond unacceptable that that’s not available to rural America."

Vilsack said he and Landrieu will "learn firsthand" from people in North Carolina about the opportunities internet access can create. They plan to meet with state and local officials including North Carolina Gov. Roy Cooper at Wake Technical Community College, where they'll announce the grants. They will also hold a town hall in Elm City.

READ MORE: TikTok algorithm mystery: What we know, and don’t know, about the Chinese government's control of the app

Neither candidate in North Carolina's U.S. Senate race — Democrat Cheri Beasley and Republican Ted Budd — is slated to appear at the events.

Vilsack said that past trips show how broadband connectivity is starting to make a difference. While in Nevada this summer, he heard from people in the town of Lovelock who plan to use the improved internet to enhance their emergency responder services and tourism opportunities as well as help high school students who are earning college credit online.